‘My Daughter’s Body’ was written by Jennifer Franklin (photo below) who graduated from Brown and Columbia. Her full-length collection, Looming, was published by Elixir Press in 2015. Her poetry has appeared in Blackbird, Boston Review, Gettysburg Review, Guernica, The Nation, The Paris Review, poets.org, Poetry Daily, Prairie Schooner, Salmagundi, Southwest Review, and Verse Daily. Franklin is co-editor of  Slapering Hol Press and she teaches poetry workshops at The Hudson Valley Writers’ Center and lives in New York City.

This poem is part of my ongoing feature of feminist mothering poetry from the book ‘Borderlands and Crossroads’. 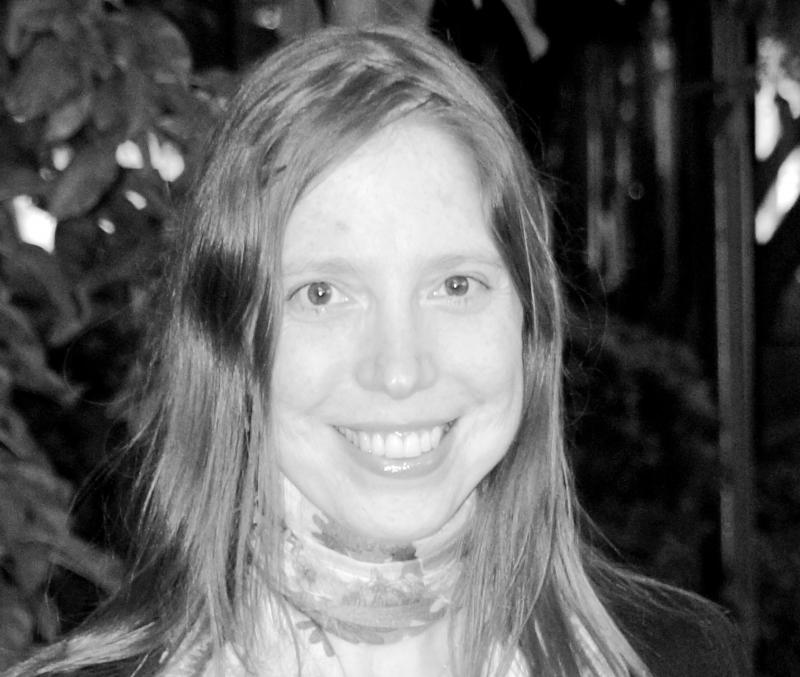 If you saw her, you would think she was beautiful.

Strangers stop me on the street to say it.

If they talk to her they see that beauty means

Their sight shifts to pigeons on the sidewalk.

Their eye contact becomes as poor as hers. They

slip away with varying degrees of grace. I never

know how much to say to explain the heartbreak.

As her smile sears me, I hold her hand all the way

home from the swings. The florist hands her

a dying rose and she holds it gently, without

ripping the petals like she does to the tulips

that stare at us with their insipid faces,

pretending that they can hold my sorrow

in their outstretched cups because I knew them

before I knew grief.

They do not understand that they are ruined for me now.

I planted five hundred bulbs as she grew inside of me,

her brain already formed by strands of damaged DNA

or something else the doctors do not understand.

After her bath, she curls up on me for lullabies—

the only time that her small body is still.

As I sing, I breathe in her shampooed hair and think

of the skeletons in the Musée de Préhistoire

in the same position we lie in now.

They were buried in that unusual pose,

child curled up in the crook of the mother’s arm.

The archaeologists are puzzled by the position.

It doesn’t surprise me at all. It would be so easy

to die this way—both of us breathing our last

breaths with nursery rhymes on our open lips,

the promise of peaceful sleep