It has been more than a week since the news of the sexual harassment carried out by the Hollywood mogul Harvey Weinstein broke. The scale of his evil acts has become apparent subsequently with more and more victims coming forward with their accounts.


On 15 October the actress Alyssa Milano tweeted asking women who had been victims of sexual crimes to tweet her using the hashtag #metoo. The request has spawned a movement in itself with #metoo being actively used for a number of days now.


Sexual harassment is endemic and even a quick read of the #metoo twitter stream shows just how widespread it is not only in the countries that it takes place but in the spaces in women’s lives in which these acts of harassment and rape take place.


Women are vulnerable everywhere in the spaces that they inhabit on a daily basis for the normal functioning of life.


It’s taken me a week to write this blog post because I could not decide which incident of sexual harassment to blog about. This revelation has shocked even me and I was there each time! Are we mere playthings for men in the way that a cat toys with a mouse?


The concept of ‘choice’ associated with the women’s movement is as far way as possible from the choice that I have had in trying to decide which attack to write about.


Should it be the time when I knelt on the floor to pick something up that I had dropped only for a male work colleague to quip, “while you are down there”?  There was the time during a windy day when I held my skirt down while running to get onto a bus only for the bus driver to tell me that I ought to have let my skirt blow up to make his day.


I have chosen to write about the time I was groped at a work meeting because it is an example of the indiscriminate and sick opportunistic nature of male sexism.


I was co-chairing a round table meeting some years ago quite close to Christmas.  I left the room during break time to get something and as I re-entered the room one of the attendees came up behind me and wished me ‘Merry Christmas’ with a grope. He picked his moment because the meeting was due to restart any second. He had compromised me not only with the use of his hand but with his timing too. As it happens I did report him to my boss who wanted to take action but I did not want a confrontation and chose not to take it further.  A marker of his behaviour was sufficient for the moment in case it happened again.


The details of incidents of sexual harassment are quite often secondary to the context within which it occurs and by this I mean that men have gone unchallenged for far too long over their stronghold of a power base which demeans women. Male privilege is a dangerous anomaly. 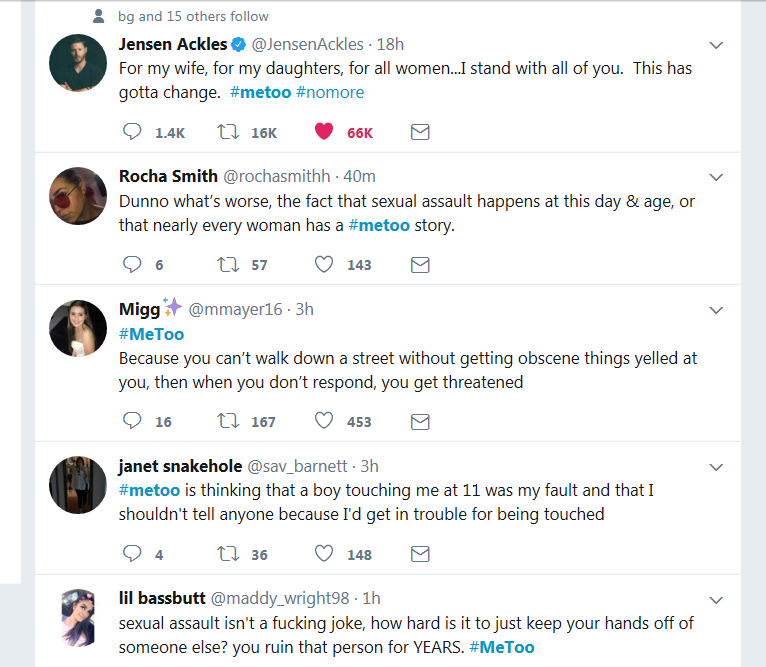