The Benetton ad below which features children of different races reflects the changing cultural context of the world that they are growing up in. On ‘International Day of the Girl’ the importance of sending girls encouraging messages to look upwards in terms of life and career choices should have equal footing with eradicating the structural inequalities that pull them downwards. Racism is one such inequality. 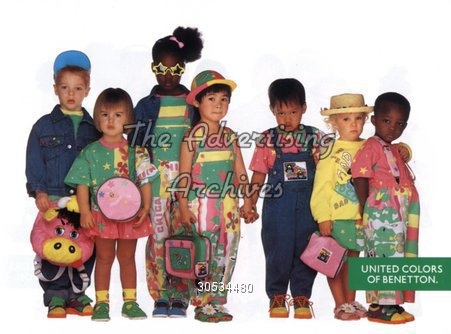 Donald Trump’s slights and outbursts against immigrants and the rise of the far-right political groups in the Western world is sufficient evidence of how racism is quite often implemented in a top down fashion. Racism becomes embedded in the structures of governance. In other words, racism becomes rife and a way of life.

A young Indian girl or Latina girl at school, as an example, may be living in an ethnically dominated area which receives less funding and attention from the Government’s education policies. As a result, the girl’s life chances are immediately several paces behind the dominant race of whichever country she lives in.


Racism is a soul destroying experience for an adult, let enough a child (girls or boys). The salience of race in childhood requires upholding the type of attention that has not been accorded to date.