The folly of youth is to think that it is a permanent unchanging state of being without fear of wrinkles, bent spines and people laughing at your advancing age. Some of us may remember being victims of this delusional hallucinatory phase at some stage in our youth but we did not think it to be true all of the time.


The term ‘youth’ may be contested with attempts to define its’ outer boundaries i.e does it end when you are 21, 25 or later? Whatever the consensus the boundary does not stretch to 30. At the age of 30 you are, of course, young but you certainly aren’t ‘youth’ and you really ought to have learnt by now that nothing lasts forever, not even a pert derriere that looks great encased in the uniform Playboy bunny costume.

That is unless you live in the Ga Ga Land of Playboy where women dressed as bunnies claim to be empowered while living in a mansion which has its own Wikipedia entry. Reality must be as further away from this abode as the Easter Bunny is from Christmas. But bunnies, of the two legged sort, aren’t immune from other norms of society like the law of the land.


Cue the Playboy Bunny who has this week been convicted for taking a photo of a naked 70 year old woman in a Gym changing room.


Dani Mather,  Playmate of the Year 2015, who is 30 years old (refer back to what I said in the first para above) took the following photo at an LA Fitness Club and posted it on Snapchat with the message: “If I can’t unsee this then you can’t either”. 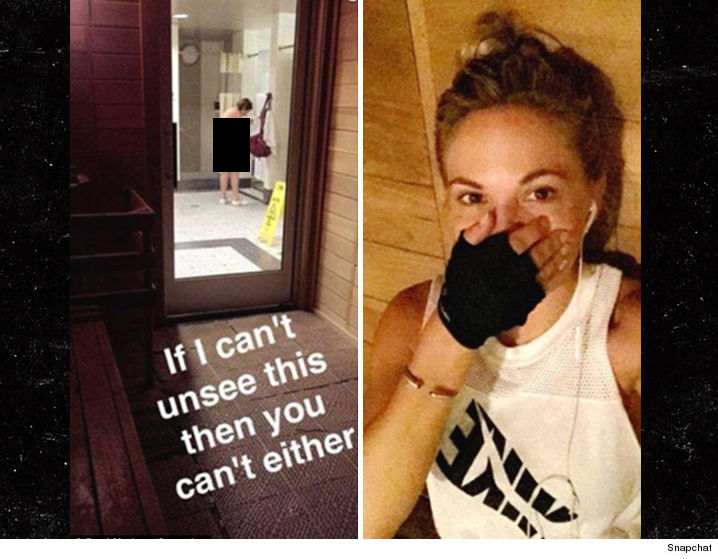 Given Playboy’s gift for soft soaping misogynistic messages Dani Mather’s message was no different in tone and substance. She not only body shamed a 70 year old but ratcheted up the wickedness of the situation by referring to old age as a misery that must be shared because it is too great a burden to be borne by one person. If this is the extent of the horribleness that Dani has seen to date then she clearly has not been exposed to much.


Let’s not also forget that Dani Mather is a disciple of a 91 year old, Hugh Hefner, owner of the Playboy empire. Given his penchant for nudity in a world which Dani actively inhabits does she actually not anticipate that old age is something that beckons all? Or is it the sight of an old female body that nauseates her?

The complexities in the mind of this silly woman can only be the result of living in a twisted world of misogyny where the superficiality of it all is traded upon your looks and your pertness.


Dani, you won’t be a young woman forever. You are now old enough to know better. You too will be that lady one day. Now go and educate yourself about feminism.