The rare elusive concept that is otherwise known as a ‘good night’s sleep’ is so vital to our well being that it even has its’ own commemorative day. Today is ‘World Sleep Day’.


But If I had a choice everyday would be a sleep day because having a good night’s sleep is a rare commodity when you have a condition or state of mind that results in restless nights. In my case I suffer from ‘Restless Legs Syndrome (RLS)’. It’s a little known about affliction but, for sufferers, it is a huge recurring nightmare.


RLS, also known as Willis-Ekbom disease, is a common condition of the nervous system. It causes an overwhelming, irresistible urge to move your legs.It can also cause an unpleasant crawling or creeping sensation in the feet, calves and thighs. The sensation is often worse in the evening or at night. Occasionally, the arms are affected too.

The result of having RLS is that the sufferer cannot lie down to go to sleep because of the impossibility of keeping their legs still.


I have suffered from RLS for over 20 years now. The extent of each attack and frequency of these attacks has increased over the years to the extent that I wonder whether I will ever get a night’s sleep at all in the coming years.


I can never predict when it’s going to happen to me. I worry all day long whether I will have an attack that night. The crunch time, for some reason, is about 9pm. The attacks start with a creeping sensation in my arms, it spreads down my legs and finally reaches my feet. I then have to keep walking around and kicking my legs to deal with the restlessness. 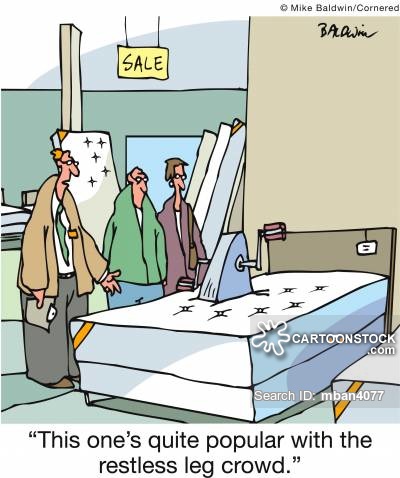 Sometimes the attacks start during the day but this is rare. I have had a few attacks that have lasted all night till about 6am. Going to work after an hour’s sleep is really hard because I wake up with a thumping headache and cannot think clearly. Most of the time my attacks last till about 2am.


This leaves me feeling drained and I often start yawning from about 12pm. I cannot even sit at the computer or sit on a chair to read a book while the attack is ongoing because constant movement is needed to deal with the restlessness.


Recently I was so tired after a string of bad nights that I was actually falling asleep while walking around my home. I felt like a zombie statuette. 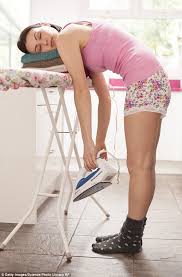 RLS interferes with my social life tremendously. When I go to the cinema I often have to get up from my seat and walk to the back of the cinema so I can keep moving around without disturbing other patrons. The same with going to the theatre too. I take the tube more often than the bus because it is easier to stand up and keep moving about in a tube.


I have to factor RLS into my everyday life in a way that is prohibitive. I wish I could find a magic cure. I suppose I have to be grateful for the fact that there is a lot more information about RLS now than 18 years ago when I fell pregnant and suffered horrendous attacks. I now know that pregnancy often triggers the worst cases.

There are various reasons as to the causes of RLS. For further information click here