A prestigious sporting prize is awarded to a female footballer for the first time. At the awards ceremony, she is asked about her dancing talent instead. Not only is she asked some innocuous comment about her dancing but the comment is sexually laced. This is what happened when Ada Hegerberg went up on stage to receive the Ballon d’Or Feminin prize in recognition of being the best football association player.

Martin Solveig, a French DJ, who asked her whether she twerks and who has since been ridiculed has attempted to put context around his demeaning question via a tweet. 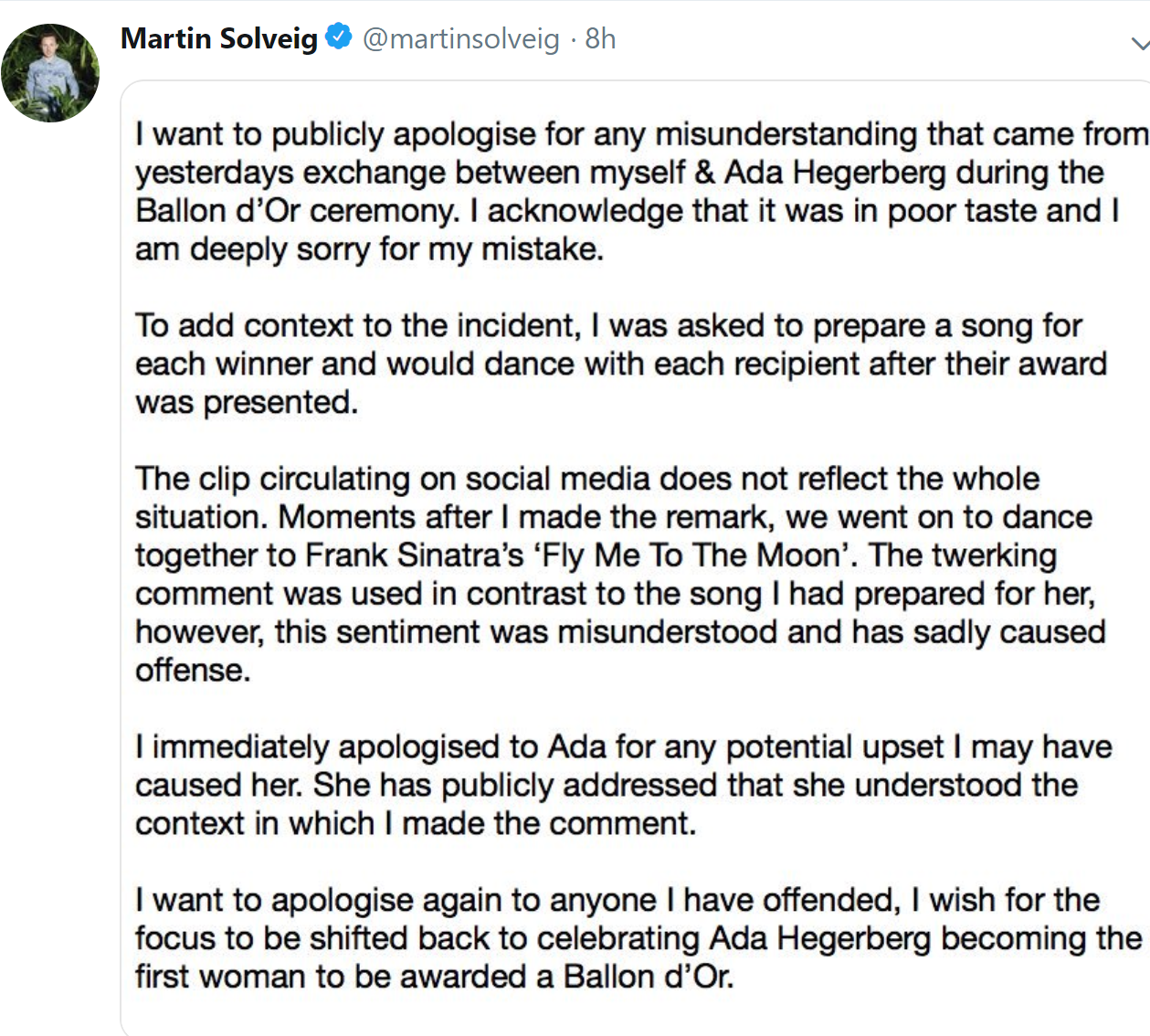 Rather than being an apology, it’s an example of misogyny masquerading as an apology. Most of the tweet is composed of Martin Solveig’s reasons justifying his shameful comment. He desperately tries to put context around what he has done by using the word ‘context’ twice and offers some ridiculous explanation which involves a Frank Sinatra song. The actual apology itself is placed strategically so as to elicit the reader’s sympathy first and foremost in his favour. There is no huge significance attached to the apology except to act as a prop to his lengthy explanation of his action.

A cynic would say that in apologising Martin Solveig has only affirmed his own misogyny.

This is the great thing about feminism. It offers women a critical way of looking at men’s behaviour and to be aware that ‘sorry’ sometimes mean ‘I am sorry that I was caught out’.