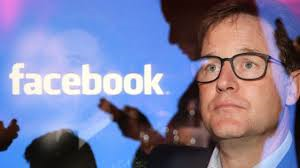 Nick Clegg may be out of formal politics but he remains a figure who either draws anger or admiration. There is no middle way with Nick despite his strong stance on seeing centrism as being the only sensible way in politics. This binary choice in liking or disliking him is very much still evident in the party despite Nick not even being an MP anymore.

His presence looms large. The unexpected announcement about his Facebook appointment was interesting for the views expressed by party members, most notably by Humphrey Hawksley, BBC foreign correspondent and author.

Humphrey wrote an article for Libdemvoice in which he called Nick (and Danny Alexander) a pioneer for global Liberal Democracy:

“Both Clegg and Alexander are uniquely qualified for their roles because of their five years in coalition. They have long, gritty, front-line experience in stopping policies of extremism go too far. Both are men of integrity whom I expect to walk if they felt they could no longer influence policy and stop bad things happening.”

It is an extraordinary post for the sweeping assumptions that it makes based on a moral high-ground which completely disassociates itself from the still swirling negative opinion that surrounds Nick and, for that matter, Facebook. Where to start?

Many people think that Nick didn’t do enough to stop the scapegoating of the poor and low-income earners which has led to austerity caused deaths, to this day. Men of integrity who would walk away? They didn’t walk away from the coalition did they when the party lost more than 700 councillors in the local elections in 2014 despite it being obvious that “…bad things happening” were causing the party’s downslide in the polls? Instead Nick clamped down even harder on party sceptics who questioned his support for the coalition. I would err on the side of ‘power’ being a more attractive proposition than the virtues of liberal democracy were to Nick.

Call me a cynic but I see Nick’s appointment at Facebook as being a typical Neoliberal revolving door type position and situation where those previously in Government join the Corporate world on a high salary. Nick joins the company of other Neoliberal types like Tony Blair and George Osbourne and presents no exception. It is a well paid job because it is with a billion dollar company. It is, both, naïve and arrogant to try and draw a line between, supposedly, jobs in “high-income non Liberal shilling”, as Humphrey puts it, and Nick’s Facebook appointment.

Granted Facebook has freed up the dissemination of information and the ease with which it is retrieved but it is NOT a Liberal entity. It is, at best, a Libertarian entity. It doesn’t pay enough taxes and is slow to assume responsibility for policing damaging and harmful content. What is Liberal about that? Facebook is an innovator of Capitalism and NOT an innovator of Liberalism.

It is a highly controversial corporate outfit. Facebook is currently appealing against a £500,000 fine by the Information Commissioner for its part in the Cambridge Analytica breach. It is also facing allegations of racism.

Nick’s supporters like Humphrey will find a myriad of ways to support his decisions. If you read the comments in the article  it is obvious that Nick’s ‘achievements’ are framed as a personal effort in a congratulatory way. This seems to be the way we judge politicians these days. If they are seen to have ‘done their best’, regardless of the outcome, their stint is deemed a success. Never mind the impact on the rest of us and the party. Such fawning isn’t suited to politics in a Western democracy where politicians ought to be subject to more rigorous analysis.