To The Mother of a Dead Marine 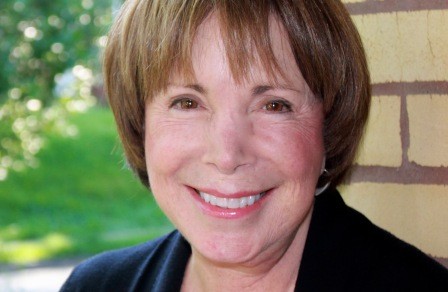 Your boy once touched me, yes. I knew you knew

when your wet, reddened gaze drilled into me,

groped through my clothes for signs, some residue

of him – some lusciousness of mine that he

Could I have been the beast he rode to war?

The battle mounted in his sleep, the rounds

round his neck? Could I have somehow flung

myself against the wall of his obsessions,

leaving spells and curses on his tongue?

Your fingers tighten, ready to engage

the delicate hair-trigger of your rage.

Marilyn L. Taylor attended the University of Wisconsin, Madison, where she earned a BS in mass communications, and the University of Wisconsin, Milwaukee, where she earned an MA in linguistics and a PhD in creative writing. She has published eight collections of poetry, most recently Step on a Crack (2016) and Going Wrong (2009). The Wisconsin poet laureate from 2009 to 2010, Taylor also served as the poet laureate of Milwaukee from 2004 to 2005.

‘Borderlands and Crossroads’.   It is a singularly beautiful book for the range of issues covered in both poetry and prose form that affect mothers.