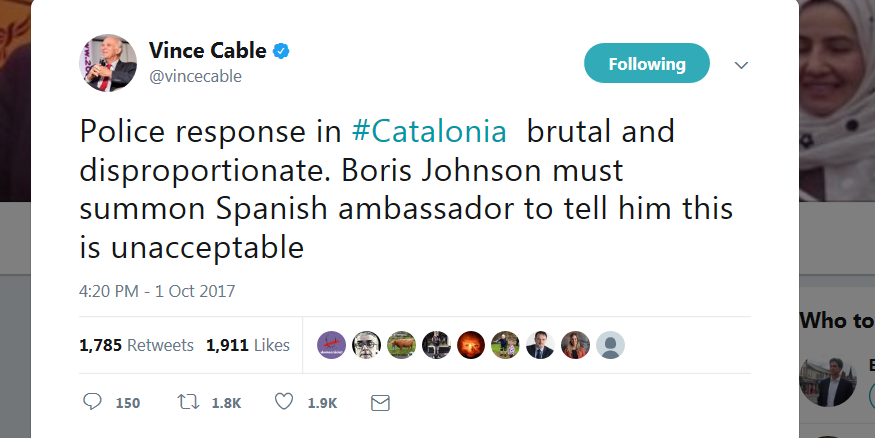 There was something quite disconcerting about Vince Cable being on a pro-Brexit march today while the European Union was being castigated for not expressing an opinion about the police brutality in Spain.


Numerous videos on Twitter show residents being pulled, pushed and beaten for wanting to vote in a heavily disputed referendum on whether the state of Catalonia ought to be independent from the rest of Spain.


Many have called upon the EU, especially Jean-Claude Juncker, President of the European Commission, to express a negative opinion about the state sanctioned brutality but nothing has been forthcoming. 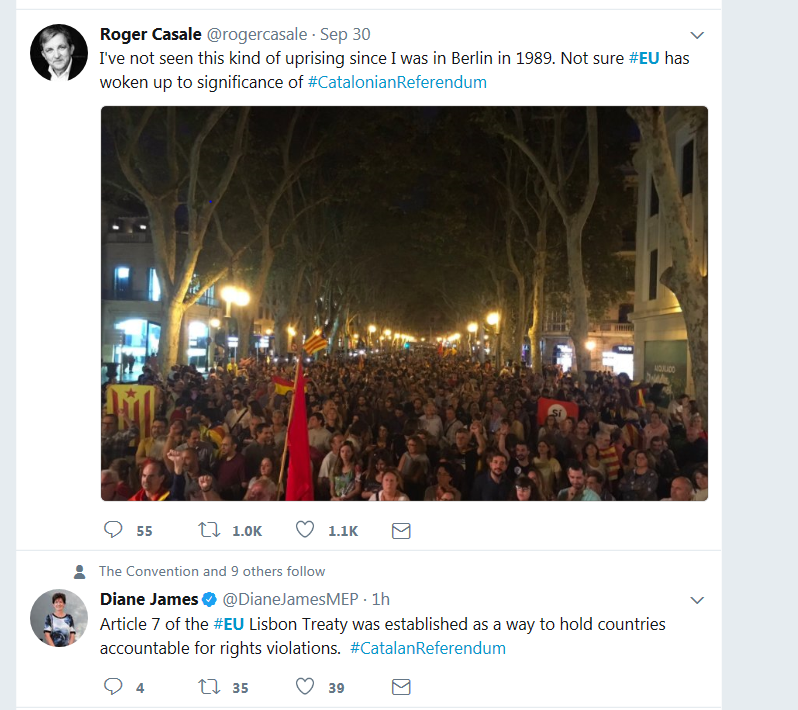 Vince Cable’s statement was issued at 4pm UK time, long after the violence had started. I sense problems ahead for the party’s stance on Brexit given Juncker’s call for ever more integration and his silence being taken to mean that he supports Spain’s actions today.