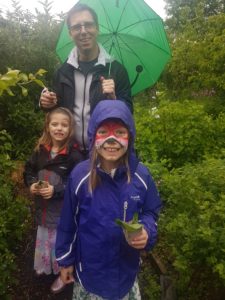 How can we win in London?

We’re at a crucial moment in British politics.

Brexit is the biggest threat we’ve faced in the 20 years I’ve campaigned for the Lib Dems. Which is why the most important job for the London Mayor right now is fighting Brexit.

At it’s best London is the leading liberal city in the world. Anyone, from any background, has incredible opportunities here. Openness has always been one of London’s best qualities.  But the Brexit vote has affected our city’s reputation for being an open and welcoming place. If we don’t change direction and fight Brexit, more Europeans will have to leave, or they will never come in the first place.

This affects every important policy in London. For instance one in six people working at my local hospital (King’s College) are EU nationals. London’s NHS will struggle without them. But, more, importantly it’s about our friends and neighbours. There are 1 million EU citizens in London. Everyone in London has a European friend who is threatened by Brexit. The government continues to refuse to give them reassurance that they can stay in Britain if there’s no Brexit deal.

And that’s why Brexit is crucial to us winning in London.

It’s a moral issue about treating our friends and neighbours with dignity. It’s a practical issue that affects almost every policy that London government deals with. A\

And, if we campaign right, then it could be a crucial part of us winning in London in 2020. Labour and the Conservatives are committed to Brexit, in a city that voted Remain.

A million Londoners are Europeans. And millions more recognise that Brexit is a looming disaster. So, if we campaign effectively, then we can win in London.

Rob Blackie is on the Lib Dem shortlist for Mayor of London.
Rob can be found at:
www.rob4london.com