Vince Cable is 74. To put that into context, the retirement age for people who are now in their fifties is 67. Given the low rates of wage growth many will probably have to work beyond that. Pensioners are seen as a prize political grab when it comes to votes. Donald Trump (I can’t stand him just for the record), Bernie Sanders and Hillary Clinton are closer to Vince in age.


Politics, historically, was the domain of older men. Lord Palmerston was 70 years old when he was appointed in 1855. William Gladstone was 82 years old when appointed in 1892. It is only in recent decades that younger people have taken up prime political positions with Justin Trudeau, 45, and Emanuel Macaron, 39, being cases in point but the political age pendulum has hardly swung firmly in their favour. Jeremy Corbyn, who is riding high in the polls, is 68 and the clamour for him to be Prime Minister is not being mitigated in any shape or form by his age.


Yet the age detractors are never far away. Vince is often ridiculed on social media for being, well, ‘old’. See below as an example. 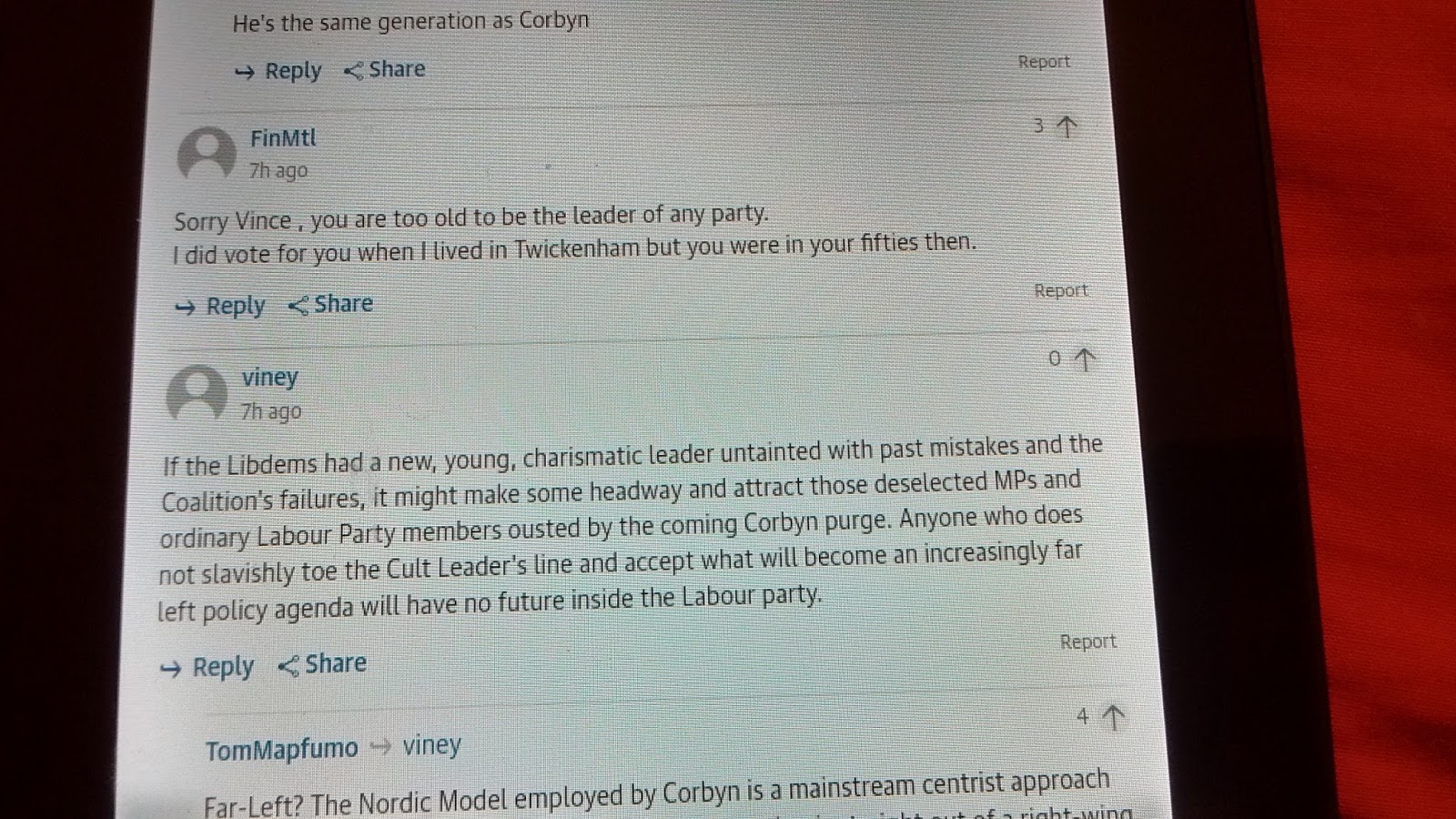 While all prejudices are largely irrational there is something particularly so about ageism. There is the philosophical argument that we can’t be against something that will befall us all at some stage. There is the economic argument that people need to be working well past the age that our grandparents retired at, 55, to plug holes in the pension system. I am no economist but, surely, having more people pay tax no matter their age must make for some economic sense.

Age UK provided written evidence to the Public Service and Demographic Change Committee for a report in 2013 on ageing. In response to the question, ‘Does our culture about age and its onset need to change, and if so, how?’ Age UK had this to say: “Age discrimination is a major barrier and remains too prevalent. Older age is too often mocked and there is still too much explicit age discrimination in both the public and the private sectors. We are clear that the Equality Act 2010 and the Public Sector Equality Duty are hard won legislation and essential cornerstones for future progress.”

Given all this it is fair to say that ageism is a particularly illogical ‘ism’ in the field of prejudices. What is the threshold for ageism to kick in? When grey hairs appear? When people have grandchildren? What about people who grey prematurely? ‘Old age’ has become a contested term and is a subjective concept.


Judge Vince Cable on his leadership and political stance but not on his age. Ageism is a sick malaise in society and we, as party members, ought to defend Vince against such nonsense.