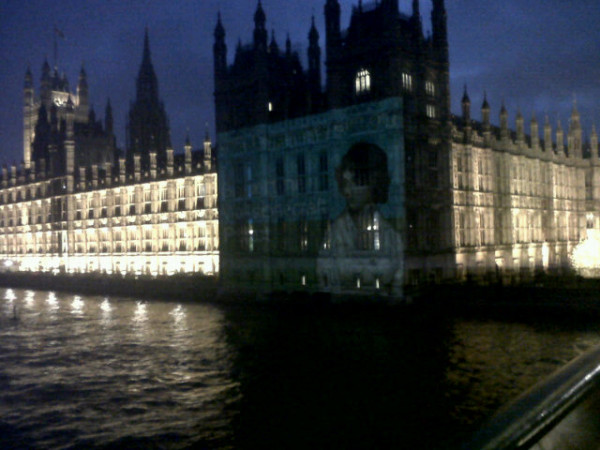 The image of Mary Wollstonecraft was today beamed onto the Houses of Parliament in London to publicise efforts to erect a statute to her memory. I was thrilled that a feminist had been given the honour of having her memory showcased on one of our most popular British landmarks.

That makes Mary officially a part of our British History, thereby a recognition that feminism has been woven into our fabric of the past. It lends more meaning to the feminist term ‘her story’.

I pay homage to Mary because her view of mothers being important because they educate children is a tenet that is central to my mothering. Mothers have so much that they can teach and pass on to their children but society disempowers mothers by marginalising the work of mothering. That which does not produce a profit is disregarded.