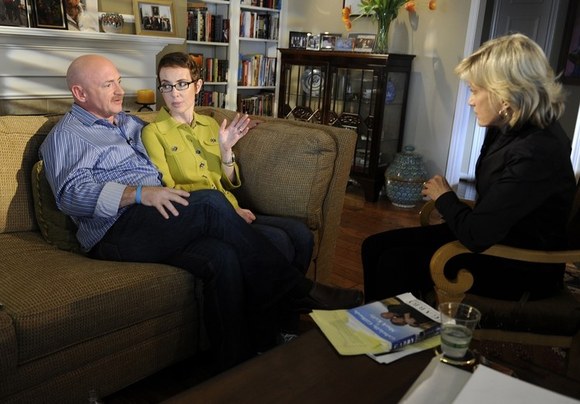 This blog post has been inspired by an article in the Sunday Times of 20 November by Dominic Lawson titled ‘Only a Gunman Brings Respect to the Disabled’. This title is a reference to Gabrielle Giffords, the Arizona congresswoman who was shot earlier this year. I read the article with double interest because Dominic Lawson knows what he is talking about as he has a son with Down’s Syndrome.

Gabrielle Gifford was shot through the head and was not expected to die but she has pulled through. Diane Sawyer, the very well known host at ABC, interviewed Gabrielle about her ordeal. It was the reaction by the public and the media to the interview that shows the alarming two-tier prejudice that exists against people born disabled.

Gabrielle is seen as a winner, someone who is being heroic in struggling to overcome her disability. People in everyday life who become disabled either through an accident or illness are often seen as brave too in coping with the change in their lives. But, nobody says the same of those who were born with a disability.

The two-tier prejudice comes from the fact that this group has to deal with a prejudicial concept of them being disabled and unable; and an expectation from them to do far more than they can physically or mentally possibly do.

Hate crime is on the rise. There are things we don’t all witness like the disabled people who are insulted on public transport for being in the way or not moving fast enough when entering or exiting. Then there are the public spectacles of celebrities, Ricky Gervais, who used the word ‘mong’ to describle people with Down’s Syndrome.

When the blogger, Nicola Clark, criticised Ricky Gervais for this she received a barrage of insults instead of support. What sort of society do we have where people think that the use of offensive language, especially to describe those who are vulnerable, is a sign of humour? Nicola Clark was asked to ‘chill out’ and to leave free speech alone. I thought our forefathers fought the ideals of free speech on the understanding that it was to be used to increase the wellbeing of all.

Dominic Lawson said: ‘…hope that the public can now extend their engagement with Gabrielle Gifford into an appreciation of the humanity of those who have been born disabled’.