Rob Kardashian is a first class TWAT and a man-child quite obviously for the way he has retaliated against his ex-girlfriend, Blac Chyna, who is also the mother of his child. Rob, brother of Kim Kardashian and Kyle Jenner, posted a photo of Chyna’s vagina on Instagram. It has since been reposted on Twitter.


The photo was obviously sent to him originally as an act of intimacy between him and Chyna. A reading of a very boring string of rants by the man-child quickly reveals a depth of immaturity which makes one think that people ought to sit a test of maturity before becoming a parent. The pair have a child, a daughter, called Dream. So, Rob has spent all day demeaning the mother of his child. To redeem his sense of pompous masculinity he writes that he wants/hopes his daughter will read all this one day to understand how depraved her mother is.


Rob plays a high stakes game of parenthood because it is very likely that Dream will wonder about her father’s sanity.

The whole thing is damn ugly and reeks of a bad case of misogyny. Clearly designed to portray himself as a caring partner he accuses her of being ungrateful because he spent $250,000 on jewellery and $100,000 on cosmetic surgery. How about being grateful Rob that Chyna has given you a daughter?


It’s the default line isn’t it for an immature misogynist to resort to the consumerism that transpired in his relationship and to use it as a sword to swing against the woman? The implicit message being “I spent x amount on you so you owe me your undying loyalty no matter how I behave”.


I don’t care myself for celebrity gossip but Rob’s story which was trending on Twitter caught my eye for the rampant sexism that is threaded right through his ugly rants. Veiled references are made to Chyna previously (allegedly) being a stripper and his own largesse at accepting her despite it all. Again, the implicit message being “I was good enough to take you in and let you be part of my life despite what you did”. He goes on to then beat himself up over how naïve he was. 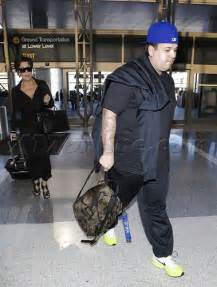 Has it occurred to Rob that, apart from his surname, he looks like your ordinary bloke who works in the mail room? Also, isn’t this the same Rob who was vastly massively overweight at one time? No hope there then that his ego went on a diet with him too.