On 21 January a worldwide protest march against Donald Trump will take place in about 30 cities. An estimated 600,000 people will take part in 370 ‘sister marches’ in a show of global solidarity with the women of America who are fighting back against Trump’s misogynistic behaviour.


A march is due to take place in London too with about 14,000 people signed up. Among them will be mothers like me who will be taking our fight to the streets against a new President (Trump will be sworn in on 20 January) who, to date, has not shown an ounce of morality in his leadership.  I have previously blogged about this.


The swell of people expected on the streets will collectively be making known their views. However, each and every person will have her own reason for marching. It is in these stories that we can draw our collective strength from.


Mothers protesting for a better world for their children is an act of inspiration. If we don’t fight against a political ideology that condones racial discrimination and which views women as being no more than objects to be harassed a moral deficit will be created that will give the alt-right more space to further engender social divisions.


I have had the pleasure of interviewing some of the amazing mothers who will be taking part in the London march. These are their stories of hope, resistance and resilience which I am really proud to feature on my blog. 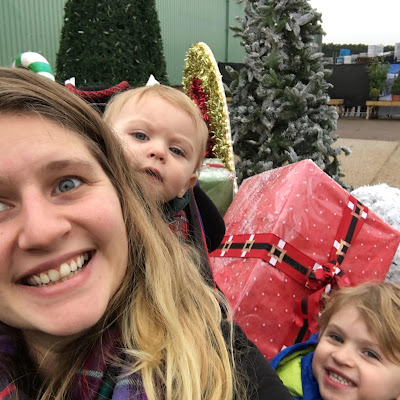 I will be taking my son Marlowe Forrest (3) and daughter Rosa Forrest (1) to the march.


I want my children to see me resist in the face of racism, sexism, bigotry and prejudice. That however dark times are there is always hope. That being kind and caring for others is a radical act when the media floods you with lies and scapegoats. That love is hard and you have to work at goodness. I want them to know that it’s their responsibility to make positive change happen even if it seems impossible.


Rosa is only 1. I know she won’t remember this but I hope she will grow to learn the power of sisterhood.


Marlowe is 3 and I hope this will be imprinted as an early memory. I want him to remember, as a man, to respect and advocate for women’s rights. Not just the women he likes or is related to but all women. I want him to be part of a new generation of men


Finally, I want my children to bring hope to fellow marchers, hope that their generation will look back on this as a turning point in the fight against the ‘far right’ 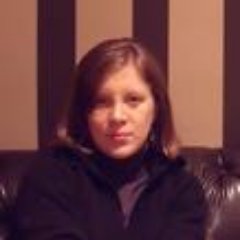 I’m also American and have lived here for 3+ years, my youngest
was born here last April and my eldest sounds more British than American. I spent a month after the election in shock/deep depression from
the results, it’s good to feel like I can do something again.

I refuse
to be silent, can’t sit in the sidelines waiting for this all to blow over. Not
when I have two little girls and their future to think of, not when I know so
many friends back home who are afraid, for their health coverage, for their
lives, for their futures. Not when I know there are so many other women that
are strangers to me, afraid that their religion or the color of their skin is a
liability now, with an incoming whiner in chief who has normalized
hatred.

I don’t even know what I want anymore, from . It
feels like my country died and ceased to exist on November 8th, and now I’m
stateless after this deep betrayal that I cannot shake, cannot let go, cannot
forgive. I thought I knew what made us American, thought that this deep pride
in our diversity was universal, and now I cannot understand what has lead so
many people to support Trump. I feel betrayed by family I know voted for him,
feel like shouting, berating, screaming at them. Did they forget I’m married to
an immigrant, or did they not care because my immigrant husband isn’t dark
skinned?

I want my daughters to live in a world where they matter. Where
they aren’t just pretty faces for a man to malign, where their brain matters more
than their physical appearance. I want them to live in a world where they can
speak their mind and not fear repercussions, where they can show up to protest
and not worry about whether it will impact their families or their livelihood.
I want my eldest daughter to never feel conflicted about her best friend, who
is Muslim; to never know the hateful things said about her best friend’s
religion, in the U.S. campaign. I want her to live in a world as diverse as the
world around us, and to grow in respect and appreciation that those differences
don’t make us weak, don’t divide us, only make us stronger.

I want my daughters to be proud to be American, of their roots and
history and identity, but I can’t see that happening with the incoming
administration. So that’s why I will march.

A former theatre professional from the Western Isles of Scotland. Currently working from home running a reusable nappy library in South London whilst raising Caitlin.

I’m taking Caitlin on the March for several reasons.

Firstly, because I believe that standing up to be counted is the first step towards change.

Secondly, because marching as a method of political demonstration is something I’ve done regularly through the years and so when I heard about the ‘sister marches’ to support the women of America I decided it was time to get my boots on again!

Thirdly, because we have family in the USA and we will march in solidarity with them.

Finally, we will march because non violent protest fits with our family worldview of emancipation and pacifism.

Caitlin is the great great great niece of Elizabeth Garrett Anderson and Millicent Garrett Fawcett (her brother Sam Garrett was my mother in law’s  great grandfather) so I feel that taking her on her first march aged 14 months is continuing a family tradition.