Only very occasionally does a concept come along that makes the penny drop in the vastness of a field of ideology and practice. Feminism has been hospitable in accommodating many different female identities and subjectives but feminist mothering still remains a distinct ‘out there’ field of knowledge.


When writing about mother’s problems and issues I have, personally, struggled with the dilemma of whether ‘women’s issues’ were interchangeable with ‘mother’s issues’. Obviously there is an overlap because women are also mothers BUT not all women are mothers.


A book written by the international academic on mothering issues, Dr Andrea O’Reilly, on the concept she terms ‘Matricentric Feminism’ argues for a mother-centred feminism.


As the official blogger for MIRCI I can confidently say that while I have been excited over all of their journals (published by the affiliated Demeter Press), this recently published one on ‘Matricentric Feminism: Theory, Activism, Practice’ is the ‘penny’ that I refer to in my paragraph above. 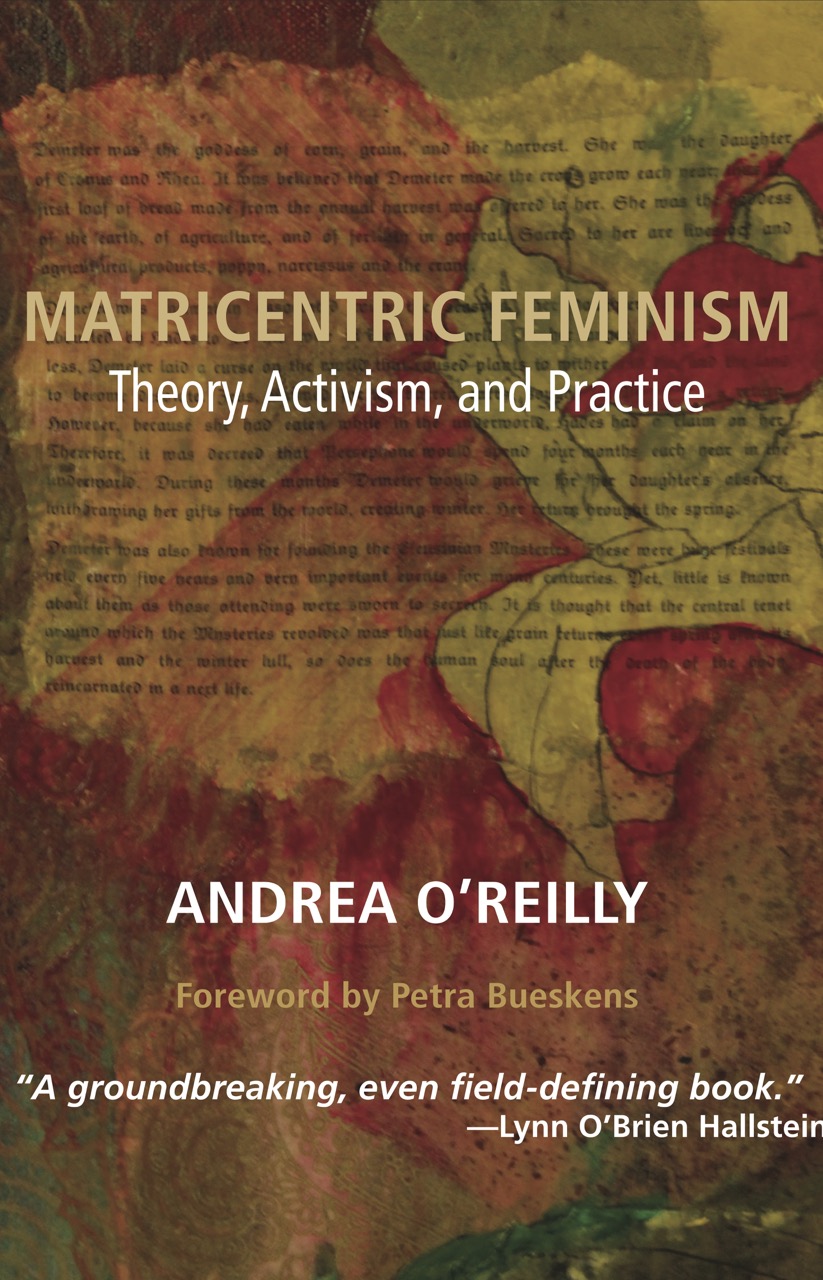 From her personal experience, Dr O’Reilly writes: “…I have sought to do feminism as a mother and do motherhood as a feminist: namely that we need a feminism – in both theory and practice-specifically for mothers”

This is a two-pronged identity that I have struggled with from time to time. While feminism celebrates choice, let’s face it, feminist who are mothers can often be seen as not being totally committed to the cause. I have personally been asked how I straddle the two identities as if they are distinct opposites.

Dr O’ Reilly argues that feminist theory and women’s studies more generally have not recognised or embraced a feminism developed from the specific needs or concerns of mothers. The chasm is, therefore, bridged by ‘Matricentric Feminism’ which borrows from maternalism in many of its strategies but also comprises the perspectives and philosophies of equal rights feminism and an ethics of care framework.

Dr O’Reilly states that ‘Matricentric Feminism’ must be accorded the same legitimacy and autonomy as other feminist theoretical models in the discipline of women’s studies. In doing so she frames the argument for ‘Matricentric Feminism’ by using a quote by Virginia Woolf, taken from her book ‘A Room Of One’s Own’: “A woman must have money and a room of her own if she is to write fiction”.

‘Matricentric Feminism’ is also a theoretical lens that can be utilised to examine how social policies that affect mothers, specifically, can be reimagined to revolve around mothers’ issues. As an example, while the ‘glass ceiling’ and the ‘sticky floor’ are still to be found in the workplace it is often the maternal wall that impedes and hinders most women’s progress in the workplace today.

i strongly recommend this book which will enthuse your feminist mothering personal strategies.