Lucia Davis is a Specialist Advisor at the Community Empowerment Unit at Auckland Council, New Zealand.  The following is a paper that Lucia delivered on the ‘Maternal Experiences and Practices’ panel at the MIRCI Gala Conference. I am publishing this great paper because many mothers in inter racial relationships will recognise the challenges and strategies adopted in the paper. 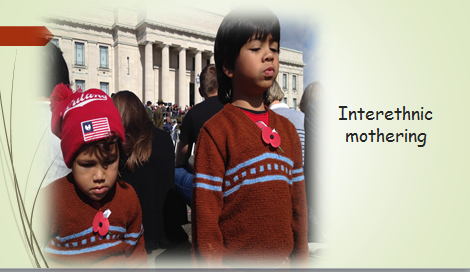 I am a Romanian, married to a New Zealander Maori. In my relationship, we have to negotiate everything: from how to do the dishes to how to raise children. So when I was looking for a topic for my PHD, this was an obvious one. I mother in an interethnic relationship. These are my two little boys attending an ANZAC commemoration service for those New Zealanders who fought in the first and Second World War, for ideas they believed in. They wear jerseys hand knitted by their great grandmother in a little village in Transylvania. Her husband was forced to fight in the Second World War, a war he couldn’t make sense of. When my boys are growing up, which story will I tell them? What is my role and what is the role of other mothers in interethnic relationships in negotiating stories for our children?

My thesis is about interethnic mothering. About negotiating between different stories, colours, values, languages. 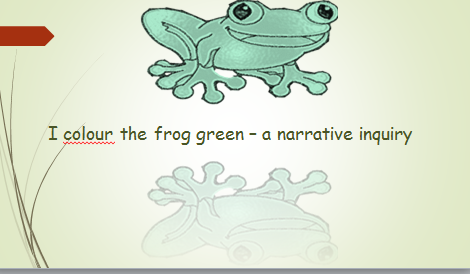 There are over 50.000 mothers parenting in interethnic relationships in New Zealand and many more around the world. Each of them has her own stories about negotiating colors, language, values. I use a narrative inquiry approach to find out their stories but also how the telling of their stories allows mothers to make sense of who they are, build bridges, invent and reinvent themselves and the world around them. 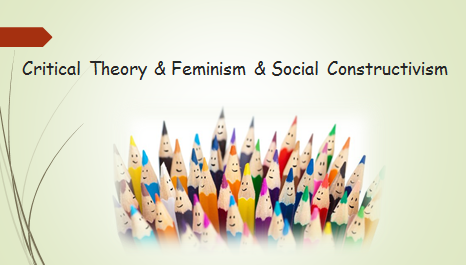 My research participants and I come from a time and space where ‘normal’ actually really existed. We lived and were parented in what was considered to be the norm. The frog was green, and we had to colour the frog green.  Arriving to New Zealand, our norms were not ‘the normal’ anymore. In our migration journey, we had to apply what we knew against other standards. And our migration journey is full of stories of challenge, stories of regret, stories of wins and losses.


My question was what world view do I use to give justice to these stories? My hopefully final choice is a triangulation of Feminism, Critical Theory and Social Constructivism.


Feminism: I will attempt to see the world from the vantage point of a particular group of women, mothers in interethnic relationships, seeking to uncover the ways in which they negotiate the world and the wisdom inherent in such a negotiation. This research is with mothers, for mothers, rather than about mothers, and builds opportunities for the personal to become political.


Critical Theory: There are three main focal points that critical theory will bring to my research. Firstly, it will attempt to establish a connection between knowledge and everyday practice of power, questioning the way mothers and significant people around them create reality. Secondly, it will place the stories told by mothers, not in a continuing present but in a continuous process of historical change. Thirdly, it will challenge a status quo, patriarchal interpretations of a mother’s role, seeking to bring changes in the existing systems (Buchanan, 2010).


Social Constructivism: Under a social constructivism paradigm, mothering is not that patriarchal concept with set up rules, roles and processes. It is something that mothers construct, negotiate, revisit. 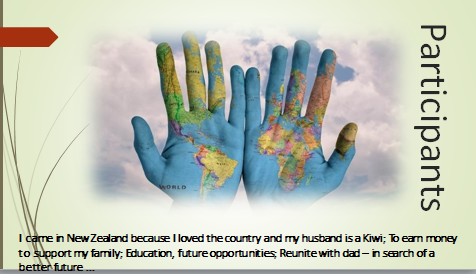 One of the things that these mothers have in common is that English is not their first language. Their first language is Polish, Samoan, Hebrew, Chinese – Hokkien dialect, Spanish, Mandarin, Japanese, Hungarian, German, Bosnian, Malyalam, French, Dutch, Farsi. So they told me their non-English stories in English. They translated themselves in another language.


Language ownership, and, consequently, the ownership of meaning, is the key area where identities are renegotiated – this is From Annetta Pavlenko’s article: In the world of tradition I was unimagined. Adna, Bosnian, told me how difficult thing it was for her, when her boys switched to English after they started school, because they didn’t want to be different. They colored the frog green. Dyia, Indian, was shocked to be told by her son that he is not Indian, because he doesn’t speak the language.


However, it’s not only the language. I asked 16 migrant women, parenting in an interethnic relationship, to tell me their stories. They were born between 1938 and 1985. They are from Europe, Latin America, Middle East, Asia. They came in New Zealand between 1952 and 2012. The majority of them migrated because their partner was a New Zealander. Others migrated with their families, or came for study or for work, to support their families back home. 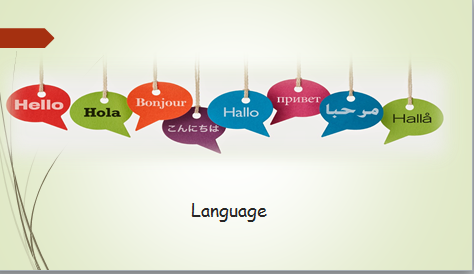 Let’s take a word often used in my interethnic family: food. I may pronounce the word food without any accent that may diminish its comprehension. Nevertheless, does the word food mean the same thing for my Maori husband and the Romanian I? Do we rely on the same ethnic, cultural, social, gendered, political experiences to create its meaning?


Certainly not. For me, food is to be respected. Not to be wasted. It reminds me of long queues for scarce food in the communist Romania of my childhood. Of my mother saving one year sugar for the Christmas cookies. Food is my grandmother’s magic chicken soup that can heal you from the nastiest cold. Food is spending days in the kitchen, preparing those recipes transmitted through generations and generations of women. Putting food on the table is my mission, and making sure that my children has had enough food. Are you hungry? is probably the most repeated sentence in a day. Food is daily cooking calendar, weekly shopping planning, chore and passion, successes and routine.


For my Maori husband, and please welcome a picture of Aotearoa, New Zealand here, food is diving for kina in unspoiled waters. Bringing a bucket of pipis to his elders up the hill. Their tears when they were forced out of their village on the bay, their source of food. In a tangi, funeral process, food brings one back from the tapu, sacred realm to the tangible world. Food is the buzzing whare nui – Maori kitchen, starting karakia, a prayer not necessarily religious, and the korero – talking shared around the food. Food is to be enjoyed, and shared.


Two worlds and so many stories, making room in one single word.


So I asked 16 migrant mothers parenting in interethnic relationships, to tell me their non-English stories, in English. And these are the words they used. 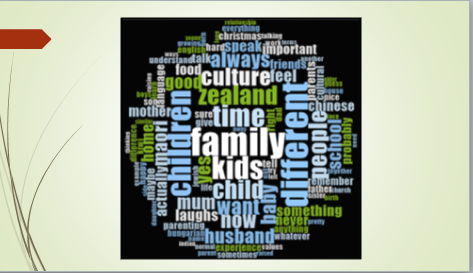 There are so many colors, meanings, negotiations, making room within every single word.

Let’s take family for example. Under a social constructivism paradigm, family is not that patriarchal concept with set up rules and roles. It is something that mothers construct, negotiate, revisit. Family takes us back to when we first experienced family and modelled its values, behaviors, ways to see the world. Some mothers pursue these values as child rearing goals and treasure them. Other mothers contest them and reinvent themselves in what they see as a liberating migration context.


Family is a space where identities are negotiated. Where the I woman can easily be hijacked by me mother, me partner, me daughter and daughter in law.


I remember vividly two stories about the me mother.
•        I went to pick up my children from kindergarten. Their friends greeted me: Hello Mihai and Alex mum. And that shocked me: from that moment I wasn’t Lucia, I wasn’t a PHD student, I wasn’t any other roles I may perform, I was simply Mihai and Alex mother
•        I took my four years old to the doctor. I have to say, he is picture perfect of his dad, so far away from my light skin, and with beautiful Pacific features. A lovely elderly English nurse is fussing over him with questions and little checks. She knew me as a patient, but didn’t know about my mixed Romanian – Maori family. “Are you looking after him today?” she asks. “What?” I say, confused. “You are not his mum, are you?” “Yes, I am”, “No, can’t be…”. After a couple of minutes filled with silence and more little checks and a bit of notes writing, she turns back to me: “Is he adopted”?

(I have to add here that I wasn’t offended at all by this experience, as listeners to my story suggested. I was amazed by this sudden new perspective in which it wasn’t enough for me to be Mihai’s mum, I also had to prove it, to say it, to use words to define the fact that I am his mother).
I mother expresses herself not in a continuing present but in a continuous process of historical change: “I want to instil in my child values I’ve been taught” (Annett – Hungary). “I can see myself doing what my parents used to do, forcing upon, rather than offering and allowing him. So I watch how I can turn into my mum sometimes and I go: ok (laughs)” (Diya – Indian). 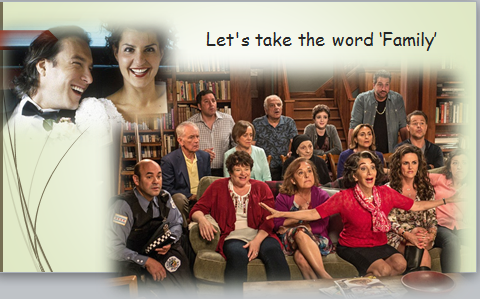 There are many voices in mothers’ stories: My family, supportive or restrictive; his family, accepting or disapproving, New Zealand’s models of family life voiced through neighbours, schools, sports clubs. Partners who embrace my culture. Partners whose culture I embrace. Children who color the frog green.


Barbara is Jewish and her Kiwi husband made the speech at their son’s Bat Mitzvah. Barbara recalls: “we have invited some of the parents of our friends from my community; they all know us for years and they all came up to him and said we had no idea you weren’t Jewish. (Laughs). So there you go. They all thought that he was Jewish (Barbara – Jewish)”


Another story and another perspective: Sheena, Chinese born in Malaysia, started Maori classes at the University to support her children to build their Maori identity. She said: “if you told me, you know, ten years ago that I will be learning Te Reo Maori when I’m 43 or 42, I would say you’re gonna be kidding, I’ll be like, you know?, completely crazy, but I am and, yeah, I mean I finished the first year and I am doing the second year now”.


Some voices are missing, and that loss is voiced in mothers’ stories: “If you were at home, mum could think about these things or aunty, whereas here you have to think it all yourself, so I think we are a lot more careful, we’re a lot more deliberate, about things we do and things we choose not to do anymore. Cause we don’t have that background” (Nina- Samoan).  “So when the time comes for us to prepare to go to Samoa to meet my grandmother, to take my children over, a month before we are due to go, my grandmother pass and that was so, so sad. So sad, I was looking forward to show my grandmother my children and my husband. It didn’t happen. It was a sad time over there, and then evening meals, when we have our prayers, it was a crying time” (Elisapeta – Samoan). 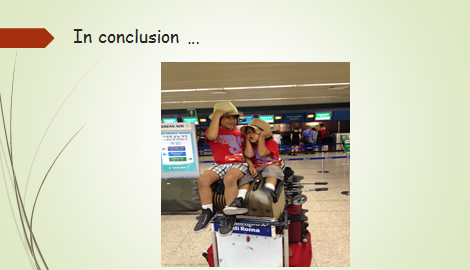 In conclusion, there is no one color to describe interethnic mothering. Ethnicity is not a box to tick. It is fluid – it can be assumed, it can be revisited, it can be contested – in a complex array of negotiation processes.


My research aims to empower us mothers, and our children, to colour the frog any colour we wish. And to encourage all of you to take these multi-coloured frogs home, and to play with them.