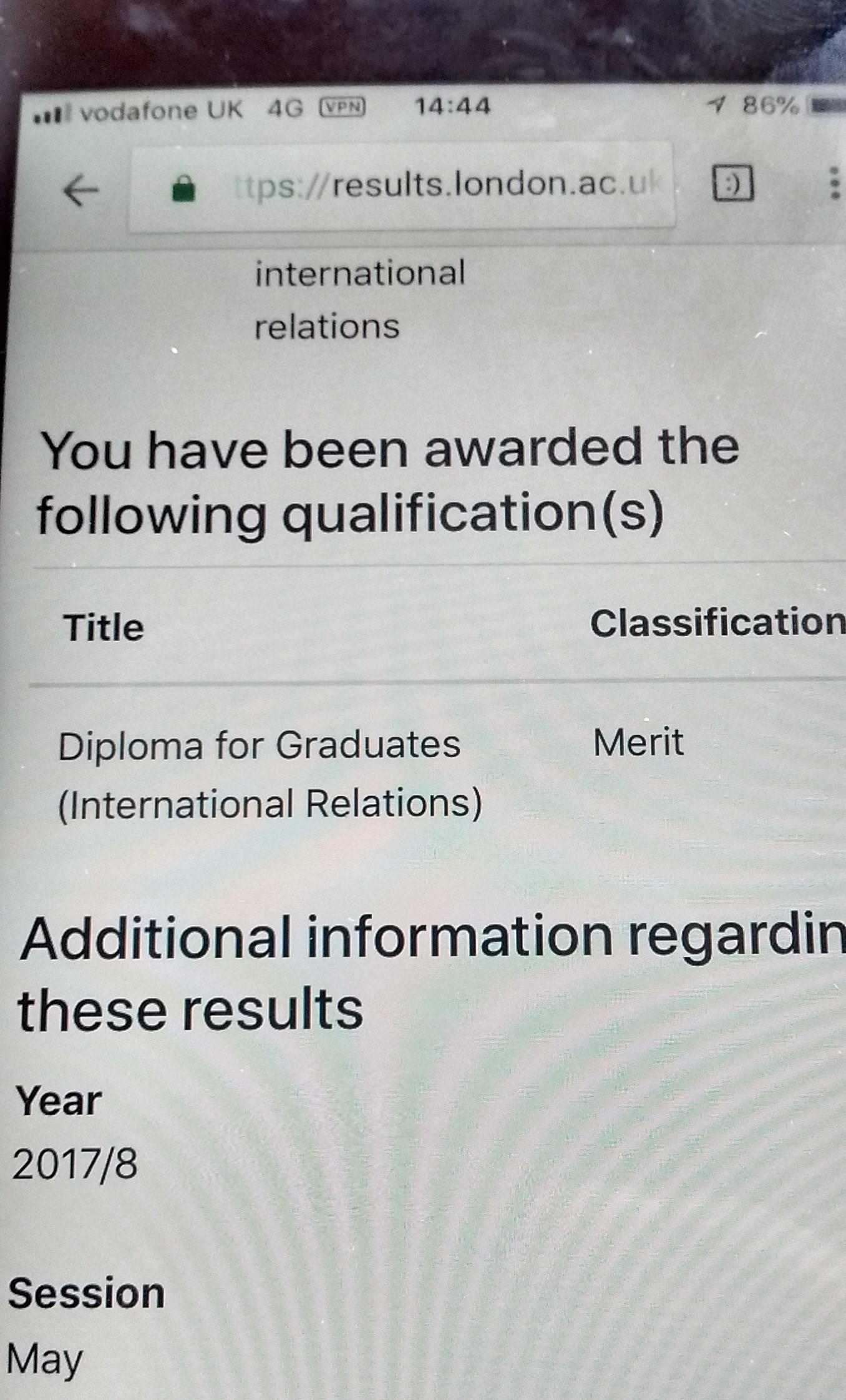 One would think that one would have left the horrors of studying, textbooks, revisions, burning the candle at both ends and exams once one had found a steady and stable career. That is what I thought anyway. till I had a daughter.

About 8 years my daughter, Maelo, woke me up at about 1am one night and asked me explain Schumpeter’s theory to her again. I had introduced her to it during dinner and she had been fascinated by it. When she woke me up and asked me to go through it again I knew that if I didn’t undertake some form of higher level of learning I would become unstuck as her questions grew harder. I resolved then to do a postgraduate qualification. Austerity was introduced soon after and my financial circumstances became severely constrained. I had to wait two more years before I could afford further education.

Eventually I signed up to the University of London and LSE programme to study International Relations. I chose this field given our interest in politics and it was a wide ranging Postgraduate course that covered topics such as political theory, the economy and national security.

It wasn’t easy. During my period of study I had to defer my exams because my husband had a stroke and, in the following years, was diagnosed with cancer.  When I picked up my studies after two years I was doing it under harder circumstances. Working, running a home and studying is a rather tedious and difficult way to live. By this time Maelo was a full-blown teenager. Need I say more!

My final paper was on Nationalism. It has to be the hardest subject that I have ever come across and I do ready widely. Nationalism pervades almost every aspect of people’s lives. The social and political boundaries of the subject were limitless and the analytical lens applied was as wide as an Eagle’s eyes. Trying to distil the concepts down was hard enough given the plethora of theorists who have advanced their own views on it.

Vince Cable, the leader of the Liberal Democrats, has been an ardent supporter of adult education and he is right. So much had changed since I last attended university decades ago. I had to grapple with the use of the internet for my study and learn to search for obscure articles. Also, it gave me an insight into the modern challenges that young people like Maelo face at university. Formal study is bloody difficult at any age but doing it in later years is much harder. However, it did stretch my brain.

My result came through today. The hardship has been worth it. A very special thanks to my personal tutor and mentor, Dr Mark Boden, who slogged the years getting me through it all.