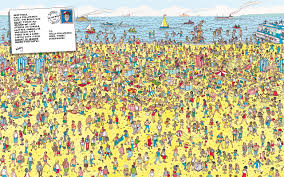 The Tory party called the European Referendum in the first place to appease the right wing of the party and those right wingers who had either defected to UKIP or who were wavering. Subsequently, every move and strategy (if you can call it that) and bargaining stance has been crafted to calm the right wingers in the party.

We have seen Theresa May hang on to No 10 for dear life with a humiliating desperation. Cabinet ministers around her like Boris Johnson have openly demeaned her while spending not an iota of effort on working for the foreign relations of the country other than to enable opprobrium to be heaped on the UK. Slimy characters like Michael Gove have poured sickly sweet treacle of faux loyalty over her and all with the transparent aim of one day becoming leader, and soon too.

The cabinet meeting on Friday at Chequers was called to unite ideologues whose sense of national interest has a threshold as high as a worn out carpet. Ministers’ principles were relegated in the face of threats to take away their cars. The context for all this is the ‘strong and stable’ leadership that Theresa May constantly refers to but it is an absolute atrocity of democracy that the future of the country was conducted within such a self-serving and puerile setting.

Two ministers have resigned today, March 29 2019 looms larger and businesses are ringing the Titanic bell with alarming candour and regularity. What does the PM do instead? She holds a long meeting with the 1922 Backbench Committee to appease the Tory tribe in another desperate attempt to save her derriere. At this meeting, it is reported that members ‘agreed’ that the Tory party was the best one to lead the country. Opposition MPs who had been invited to briefings by the Prime Minister’s staff were told that they would instead have to see lower ranking officials because Tory MPs had objected.

In much the same way that exasperated parents have to sit and squint at a ‘Where’s Wally?’ picture, I challenge you to spot the scintilla of democracy that has existed in the last two years and, especially, in the last few days.

The Tory party is a party of democracy deniers, pure and simple.