Nationalism, a thirst for democracy and an inspiring sense of unity were the guiding concepts that saw Malaysia, a small nation-state, come together as ferocious Asian Tigers to break the shackles of a political party that dominated Malaysian politics for 61 years.

To put this in context, Malaysia, a former British colony, gained independence in 1957. Harold McMillan came to power in Britain in January 1957. Since then Britain has seen the two party system, Labour and the Conservatives (Tory) with the exception of a Lib Dem-Tory coalition from 2010 to 2015, govern alternatively.

In Malaysia, by contrast, one party, Barisan Nasional or the National Front was the sole party in power for six decades plus one year. Democracy suffered from a gradual erosion all through the years with a deluge taking place from the 1980s onwards with the dismantling of the independence of the judiciary, the dominance of the executive and cronyism taking a firm hold both via financial handouts and the allocation of positions of power.

All that changed on 9 May when a 71% voter turnout channelled people’s power at the rate of knots to topple a government that had plundered the country’s coffers for years.

What is even more remarkable is that at a time when the Western model of democracy, which has always been held as the epitome of Liberal Democracy, is riddled with ‘bad’ nationalism, untrustworthy politicians and a biased media, a small country situated in a region where autocracy is the normal political model has bucked the trend. 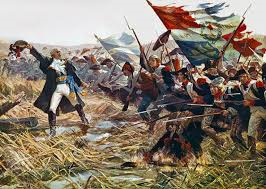 While Nationalism in Europe and in Britain means a sense of division among people and a constant drip and drip of misinformation about political facts which one is compelled to believe in to remain part of the hegemonic peoples,  Malaysians voted in unity for the sorts of principles borne out of the French Revolution in 1789. The former is now sullied and the latter was delivered in a purist form – equality and liberty.

I was born and raised in Malaysia before coming to the UK in 1981. I left before I was old enough to vote. The election result was a dream come true for me because I am a political idealist. I wept when the opposition won. Finally.

In the 1980s it was obvious to me that the Malaysian political trajectory was a dangerous one. Living in Britain exposed me to a level of democracy that I had never experienced. Newspapers were free to be critical of governments, people indulged in exchanges of free and frank political discussions and there was no fear that your ballot paper would be tampered with as soon as your back was turned.

Fast forward to present time, British newspapers operate along party lines (except for The Guardian), some sort of ridiculous pilot saw voters being wrongly turned away during the local elections last week, the BBC spouts Government lines and the separation of powers is at a precarious point. The Government of the day is ruled by the Daily Mail who derides judges and foreigners. A foreign secretary, Boris Johnson, thinks being racist is the height of witticism.

There is always ambiguity in political earthquakes but, while caution is advised in waiting to see how Malaysia goes forward, I must end by saying that not in my wildest dreams could I have predicted this paradox at this moment in time.