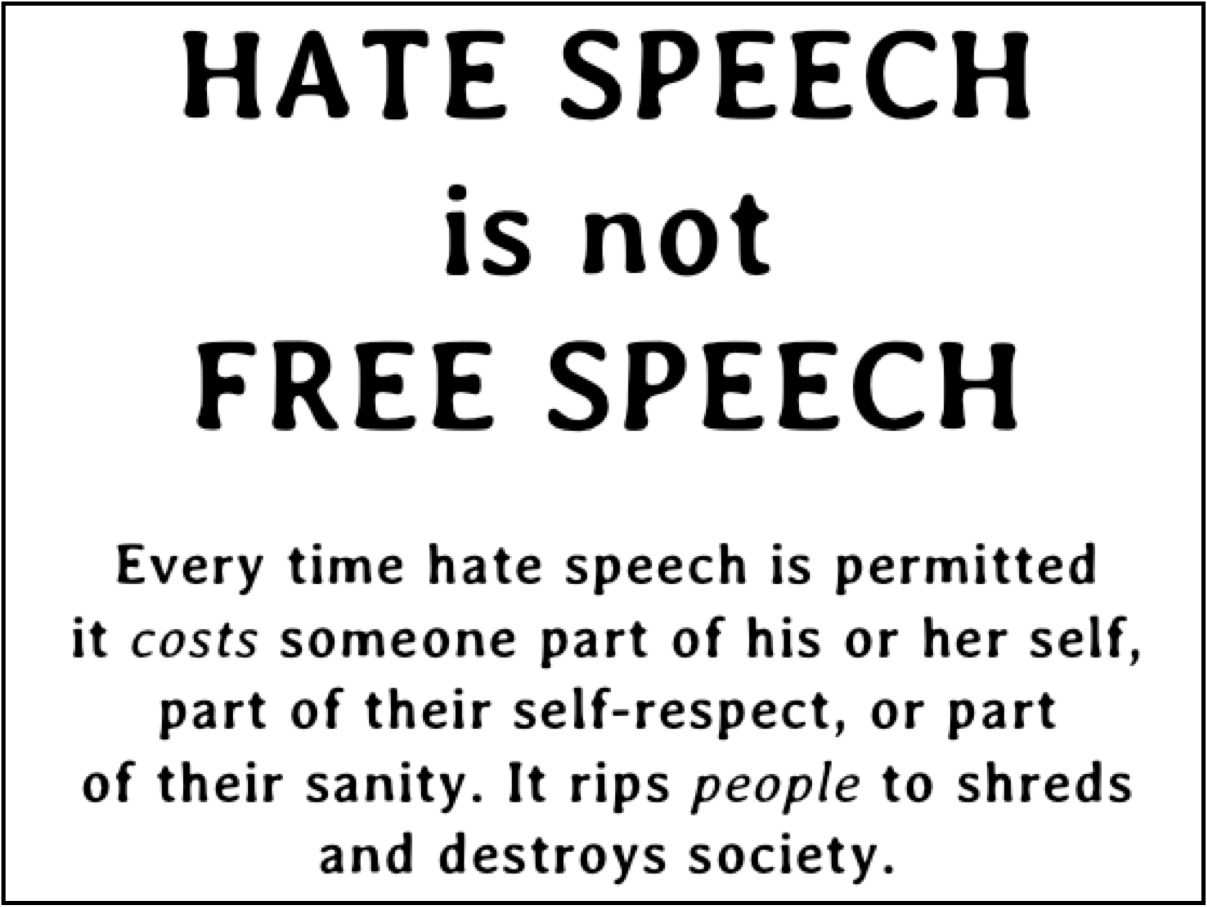 Somehow I don’t think the founding fathers of the concept of Free Speech had insults and slurs in mind when they put their highly intellectual minds together and came up with it. At the very minimum, racist slurs defy any pigeon hole, square peg in a round hole and logic of equating words that are meant to wound and defile with the historical beginnings of Free Speech in 1948 after the two World Wars.

The right to spread hate and incite disorder of any kind against a group in society is NOT Free Speech or a right to Freedom of Expression.

I have a right to say this because I don’t like being a victim of racism. Being called a ‘F..ing Paki’ is not a fun way to pass a moment in a day or moments in a year.


Fortunately, or unfortunately, the mass bulk of the mantle of racist behaviour has passed from those who hate ethnic minorities to those who, post Brexit, now hate white people who come from Eastern European countries. This twisted logic of racism has not, however, absolved me from its’ claws.


Logic doesn’t come into it anymore. There is a simple reason for this. Racism has no logic and no standing or status in society. Equivating it to ‘Free Speech’ is a claim by the far Right/Alt Right to legitimise their prejudices. It’s like covering a really badly baked apple crumble pie with custard sauce from Waitrose but worse, much worse. It’s worse because there is a human being at the receiving end of these slurs. While you can spit out a pie you can’t do the same when you are a victim of racist language.


Somewhere in this morass of discourse on what constitutes Free Speech academics, the press and ordinary folk have forgotten that it is human beings we are talking about who bear the brunt of whatever decision is reached.


My skin is Brown in colour but it does not possess an inherent attribute to justify racist name calling. The name caller or bloody racist shouting at me does not have an innate right to do what he is doing either. It is normally a White man, not woman, doing it by the way.


There are three factors I squarely place blame on for this resurgence in hating people who are not of the Aryan persuasion – UKIP, Trump and Brexit.


A few years ago when Nigel Farage was huffing and panting up the greasy pole (he looks permanently unfit with a cigarette and a drink in his hands) and said something which the press deemed worthy of reporting I would, the very next day, suffer the humiliation of someone getting up and going to sit elsewhere on public transport when I sat down next to them. This shifting around would always be accompanied with mutterings of ‘…Paki’.


Brexit has produced a very subtle ground shift but I am gradually becoming invisible in social, professional and political settings. At a simple level it manifests itself with conversations taking place over my head as if I am not there. At a more serious level it is the hostile stares and outright name calling.


Trumpism is racism dressed up in a Whitehouse or in gilded settings housed among green golf courses with impeccably dressed people – wife, children, grandchildren, hangers on – who are all personifications of ‘Whitehood’. These players mistakenly assume an innate right to prevaricate over when and whether, if at all, to call out racism because it will never affect them. If anything, it benefits them.


Charlottesville is the 2017 rallying call for defining what Free Speech means within the context of what it does to those whose are being victimised just to enable an intellectually perceived fertile ground that ought to exist.


Free Speech has become a tussle between being a lived experience and one where any word that spills forth is a normative one.