Firstly, I feel a deep sadness over the death of all those who were victims of today’s atrocities in London. There is a collective sense of grief and outpouring over what has happened. Soon we will learn of the names of the victims. The tragedy of today will take on a personal slant. Ordinary men and women who were going about another ordinary day which, tragically, turned out not to be any such thing.

In fact, the name of the police officer who was stabbed to death has been released – Keith Palmer aged 48 who was a father and husband.

I often go into Parliament and Port Cullis house and I am always struck by how friendly and professional the police and security people who work there are. My daughter who is often with me and loves going into Port Cullis house was expressing her sadness too because she has a long memory of how the police officers would give her a big smile and indulge in chat with her when she was little.

My singular hope in the aftermath is that latent prejudice, overt racism and the viewing of all ethnic minorities as potential terrorists does not become a side show that threatens to deviate from today’s tragedy. I have experience, you see, to speak of.

In 2005 on the 7th of July when London was struck by a series of bombs which killed 52 people (I am not including the four suicide bombers) people like me became pariahs overnight.

On the morning of 8 July I got on the train and people gave me hard stares. I got on the bus and the person sitting in the next seat got up and moved away. I traveled the 15 minute journey sitting in a two-seater on my own in a crowded bus. No, it wasn’t my imagination. There were other incidents too. 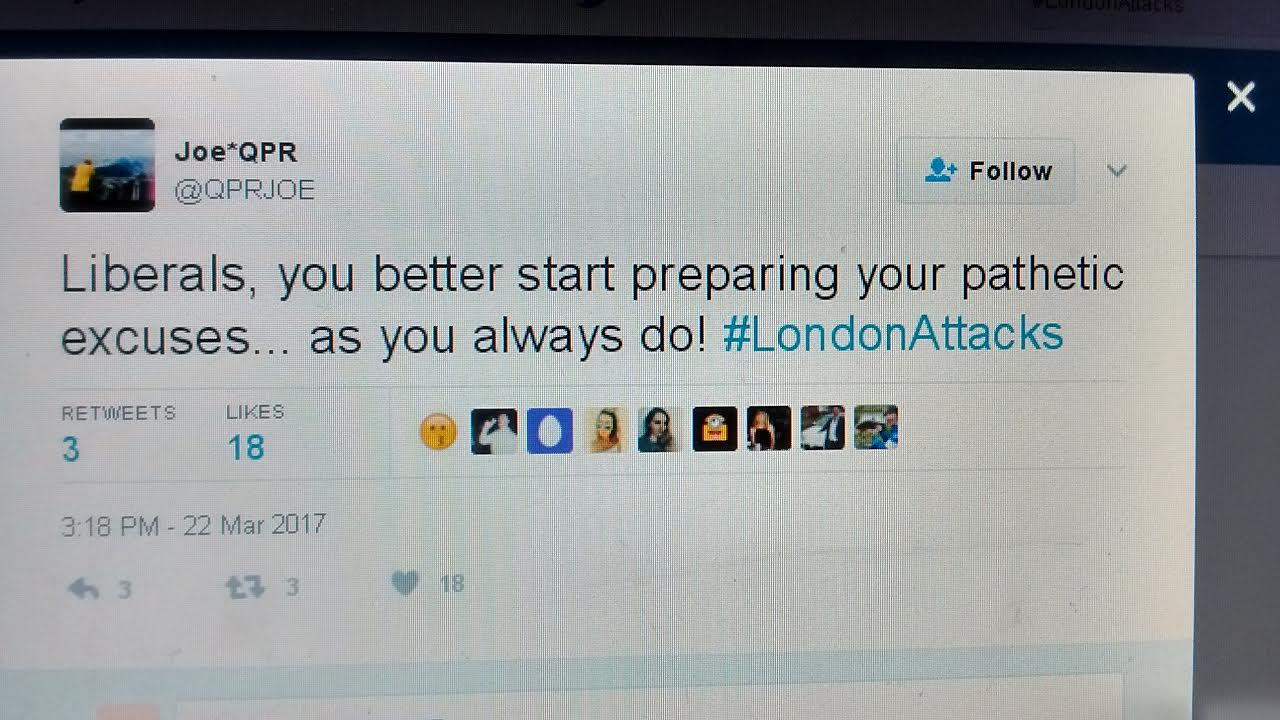 This is what happens, the sequence of events. Terrorist incident happens in Western country. It is perfect fodder for the angry who look for a scapegoat. Often these angry people belong to the right or the far right on the political spectrum. These angry folks brand those who fight against the ensuing racism as ‘liberals, leftards and bleeding heart liberals’. As the days go on the rhetoric gets bolder. The tone and volume is ratched up. Those who didn’t feel brave enough before now feel bold enough to label all ethnic people with Brown skin as potential terrorists.

So when tomorrow dawns and the initial shock has faded and the full horror of the situation is unveiled please remember that Brown skinned people will feel the same as anyone else. Terrorists come in all colours too.