On International Women’s Day, 8 March, I am hosting a free screening of a 1926 Russian made movie called ‘Mother’. The film is set during the time of the Russian Revolution and the plot is as follows:

The mother of Pavel Vlasov is drawn into the revolutionary conflict when her husband and son find themselves on opposite sides during a worker’s strike. After her husband dies during the failed strike, she betrays her son’s ideology in order to try to save his life. He is arrested, tried in what amounts to a judicial farce, and sentenced to heavy labor in a prison camp. During his incarceration, his mother aligns herself with him and his ideology and joins the revolutionaries. In the climax of the movie, the mother and hundreds of others march to the prison in order to free the prisoners, who are aware of the plan and have planned their escape. 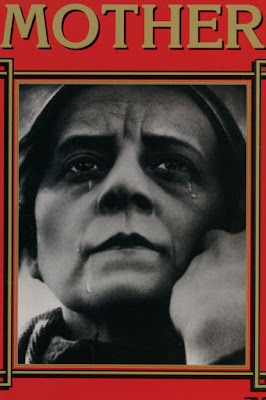 ‘Mother’ will be screened in The Cut, Waterloo, London at http://calderbookshop.com// from 7pm to 9pm. The evening will include a discussion by a Marxist scholar. Please email me, Jane Chelliah, at ambitiousmamas@gmail.com to reserve a place.