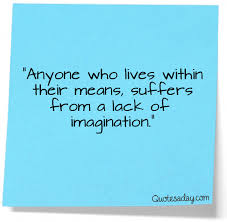 The definition of a ‘budget’ by common standards is an estimate of income coming in and expenses going out. This is a definition that suggests a large degree of self-responsibility, financial prudence and all very ‘responsible citizen’ type behaviour.

In recent time, following the financial crash of 2007, the word has been framed in political terms. While the government’s budget was always a political vehicle and tool for managing the country’s economy, of course, what I am talking about is the personal. The conflation of the personal and the political took place after the 2010 election and was a top down political response. We were told that in the same way that households had to budget to be able to pay the bills the country had to budget to live within its means. Margaret Thatcher was a proponent of the same, scaling domestic private behaviour up to country level.

Today I was talking to a friend about how expensive everything is, that my public sector pay has not kept up with inflation blah, blah and her response was to suggest that I should budget. In an instant she had made a snap judgement that my grumblings were to do with my perceived inability to budget as opposed to any external factor that could be having an impact on my finances. It were as if the act of budgeting would make all of live’s hardships, caused by a lack of money, to disappear.

Because I earn a regular income I am able to budget and transfer my resources. BUT what about those people who live hand to mouth because they are on low incomes, zero hour contracts or such like? These people may not actually have a choice for two reasons. Firstly, if you don’t have a regular income how on earth would it be possible to plan your finances? Secondly, the only option some of these people may have is to choose between eat or heat and that, to me, makes a mockery of the word ‘choice’. Some people don’t have the luxury of considering the merits of options and choices that they make. Therefore, does the word ‘budget’ mean something entirely different to this group? I think it does.

Budgeting suggests that personal choices can be made about a pool of money. It implies that these choices are made by transferring money from one intended expenditure to another which demands a higher priority or even a higher preference. 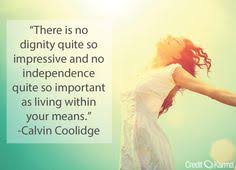 The well known economist, Ha-Joon Chang, describes the narrative on people having to live within their means as a ‘pre-modern, quasi-religious view of debt’ and I think the image on the right conveys this narrative.