I attended a speech giving event by the President of Afghanistan, Ashraf Ghani, at RUSI in London and left about 5 minutes after the speech began because I could not bear to watch a heckler being beaten by the President’s security men. On so many angles I could not understand why this was happening in a reputable establishment, on British soil and by security not sanctioned by the British authorities. Am I naive to believe in the Rule of Law? I would like to think not.

Watch the video below and make up your own mind.

There were a number of press folk present and enough TV cameras for the incident to have received some amount of coverage. Instead, the first video to see the light of day was listed as a link in a tweet by Colonel Richard Kemp the day after the incident. I recommend that you watch this video for a fuller picture, literally, of what took place. I am not able to embed it. 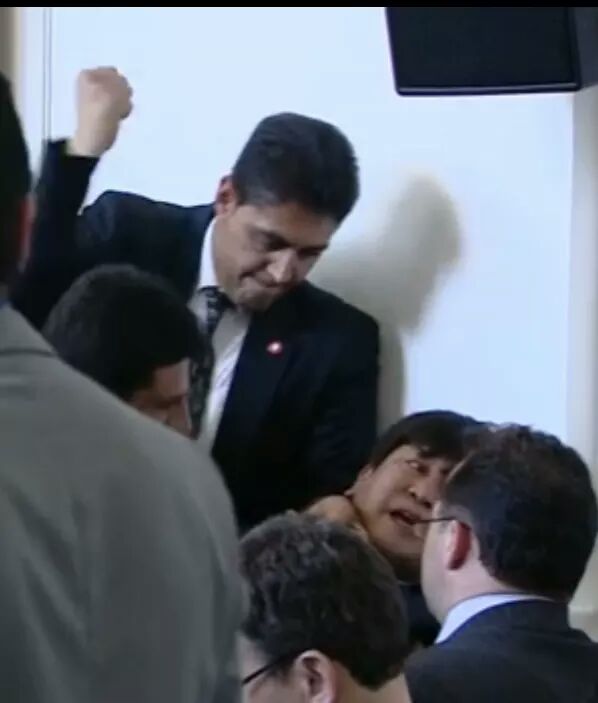 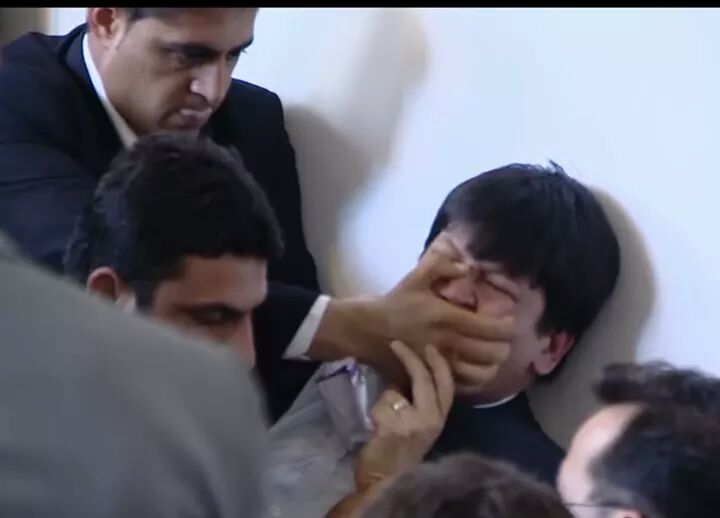 I understand that the hecklers (there were more than one but I have only chosen to feature this particular man) raised issues to do with corruption within the Government, the state of insecurity within the country and a controversial energy project. From the 5 minutes only that I spent at the event I have learnt so much more as a consequence. If the protest had not happened I would probably have come away with a sanitised version of Afghani politics.

The hecklers were Hazaras who, allegedly, are discriminated against when it comes to the distribution of government services. Primarily among this is the energy project referred to as TUTAP (Turkmenistan-Uzbekistan-Tajikistan-Afghanistan-Pakistan) which aims to reform the current energy system by building infrastructure that will allow energy to be traded. The controversial bit that concerns Hazaras is the fact that the project has been rerouted away from their region, Bamiyan, thus, allegedly, depriving them of the benefits of energy efficiency. Numerous protests have taken place in Kabul and continue to occur over this proposed change of route.

As always with Middle Eastern politics there is a minefield of divisions which occur within and between different factions in the regions and I don’t claim to understand all of it. I was, however, shaken by the incident and only wish that an opportunity to delve into contemporary Afghanistan politics had not quite presented itself in this way.

As I walked back home the words of Immanuel Wallerstein came to mind. In his book ‘The Modern World System’ Wallerstein wrote that “In general, in a deep conflict, the eyes of the downtrodden are more acute about the reality of the present. For it is in their interest to perceive correctly in order to expose the hypocrisies of the rulers…”.