Every time a woman leader is appointed it is seen by the masses as a victory for feminism. Never mind that feminists themselves may not be united in proclaiming the appointment as some sort of milestone advancement. The appointment of a woman in public office is enough for the ‘feminist’ label to be trotted out.

Theresa May is now the second female Prime Minister that Britain has had. Hillary Clinton is set to become the first female President of the United States of America and is the first female Democrat nominee for the Oval office. Another high office female appointee in the Western World is Angela Merkel who is Chancellor of Germany.

Yet, this time in history is not being unanimously celebrated by feminists as a pivotal moment. As to why this may be so is to unearth the basic ideologies that underpin feminist.

Firstly, let me make something clear, the patriarchy is lazy and elitist and hates feminism. When it has to accommodate women it goes for the low hanging fruit. In this case, a female in a high standing position is enough for the patriarchy, regardless of whether her policies are feminist friendly. Theresa May as PM will be seen by the patriarchy as the ultimate accommodation of women’s rights and gender equality.

But is Theresa May a feminist? There is a photograph of her wearing the Fawcett Society t-shirt with the words ‘This is what a feminist looks like’ emblazoned on the front. It bodes well that May is embracing the word ‘feminist’ unlike Margaret Thatcher, the first female PM of Britain, who famously declared that feminism had done nothing for her. 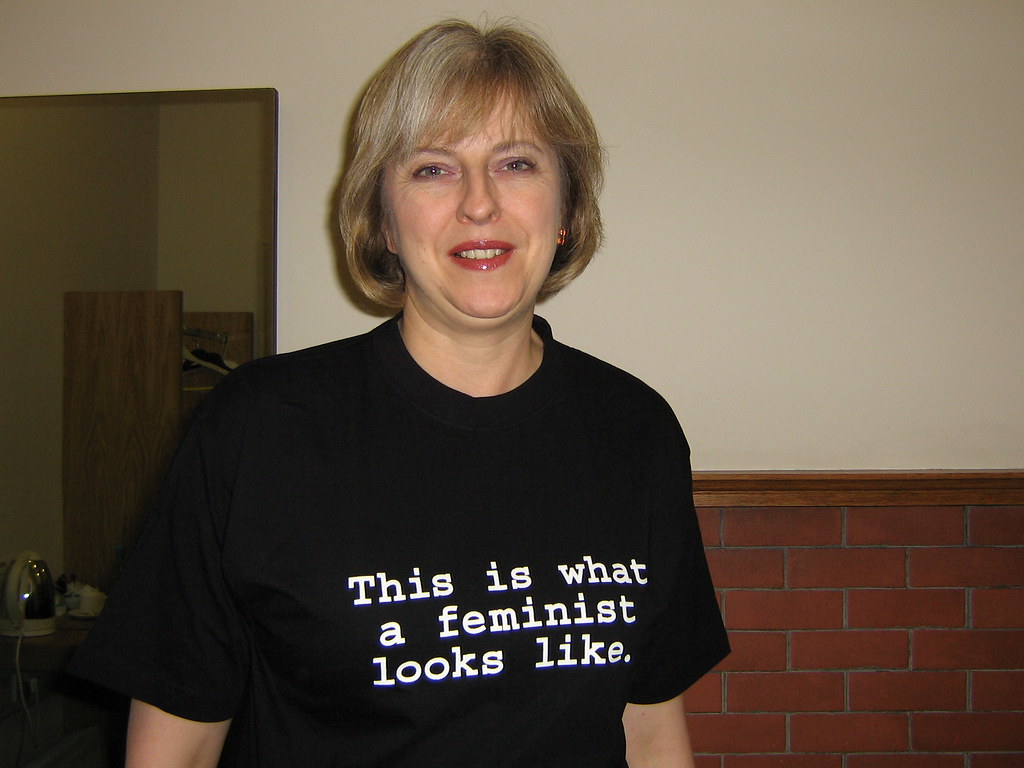 As an aside, Thatcher did very little for women too with her right wing neoliberal ideology. However, it would not be logical at this stage to draw a like for like comparison between May and Thatcher because the latter was in power for 11 years. May has only been PM for a few weeks.

At the crux of feminism is a debate on whether it is of a left-wing or right–wing persuasion. It is a debate that has to be considered when deciding whether a female leader of a right wing political party is a feminist. Feminism is a political issue because it fights for and advocates for equal rights for women in social spheres like education, in marriage and equal pay. A lot of these issues rely on either funding by the state or the state’s support.

The right or centre right ideology is not conducive to feminism because it is associated with political ideas and practices such as rolling back the state, cutting back on welfare and the privatisation of essential services that women traditionally rely on such as health, legal aid and charities devoted to providing specialist services to women and children.

As an example, would you call Marie Le Pen a feminist? She who stirs up race hatred and encourages divisive societies. Is the female PM of Bangladesh a feminist even though she has done little to combat violence against women? Get my point!

This is not to say that a right wing female cannot be a feminist ever but the space within the feminist belief system for this is small. The entry points into feminism in this case would, probably, be whether the woman promotes female considered policies.

While it is too early to judge whether Theresa May’s policies for the country will be feminist friendly it is, nevertheless, justified that a cautionary position be adopted as to whether she is a feminist or not.  She may have got rid of the old macho club of Bullingdon Boys from the cabinet and replaced them with politicians who come from ordinary backgrounds but she is first and foremost the head of the Tory party. This is the very party that rolled out an austerity regime which resulted in severe cuts to the services which women rely on. When she was at the Home Office she, sadly, did not heed the calls for an end to the detention of pregnant women or women who had suffered violence and abuse in their country of origin.

What would make a whole load of difference to women’s lives in this country would be if May refinanced the cuts in legal aid which have severely decreased women’s access to legal justice in cases of domestic violence and looked at cuts to childcare services. Another big issue would be to consider what effect Brexit would have on women’s rights. 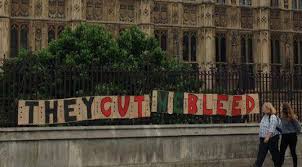 While most politicians would be less concerned with women’s issues, seeing them as being less important than monetary and trade policy, I do hope that having a woman as PM will make a substantive difference to our lives, even if she is right-wing.