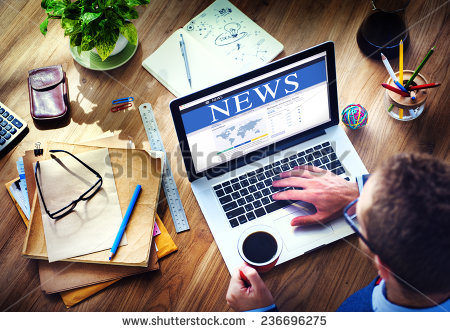 On the 10th of May 2018 the Malaysian electorate voted into power a coalition of the opposition called Pakatan Harapan (Alliance of Hope) in the General Election. The election results reverberated around the world and not just with the expat Malaysian community. The world’s press was stunned too. Malaysian citizens ousted the previous ruling party, Barisan Nasional,  who had been in power since 1957 when Malaysia gained independence from Britain. I blogged about it here.

It was expected that Barisan Nasional would scoop another win primarily because vote rigging was expected to occur as it had in previous elections. Something different happened this time. There was a young voter base who yearned for democracy after living all their young lives under an authoritarian government masquerading as democrats. Voters felt financially and morally cheated by the (previous government’s) financial embezzlement known as the ‘1 MDB Scandal’.

Everyone who voted for the opposition had their own story to tell. Some of it personal. Some of it imbued with a despair over the state of the economy with  inequality on the rise and rising prices. What ultimately mattered was the sense of national unity that spread like a Mexican wave across the world among Malaysians at the result. 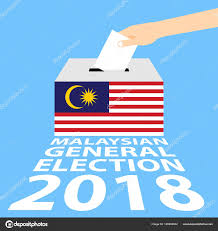 A term has been coined for the new Malaysian era and it is ‘Malaysia Baru’ (New Malaysia). ‘Malaysia Baru’ has a free press. In the post-Barisan Nasional world, press restrictions have been lifted by the new government. This is a first for Malaysians and, as a result, there is a thirst for knowledge and news about what is happening.

I am launching a weekly series pulling together what is making the news in Malaysia to make it easier for Malaysians living globally to get a quick snapshot. Everyone of us wants to play a part in ‘Malaysia Baru’ even if it’s just to offer an armchair sort of opinion. Never fear. Everyone’s opinion matters in building a coalition of hope.

This is what is making the news this week but the first entry below is a nostalgic look back.

Even though it’s been 4 months since the election victory, Malaysians have not tired of relating stories to each other about where they were and which media channel they were following when news broke about Pakatan Harapan’s win. Tash Aw, Malaysian novelist, wrote about the events of election evening capturing the drama and momentum of it all for the New York Times. You can read it here.

Where is Jho Low? 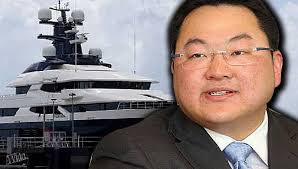 Malaysia’s version of Pablo Escobar, Jho Low, who is a rich financier grown stout on profits creamed off, allegedly, public funds has been charged with money laundering. Bloomberg nicknamed Jho Low the ‘fugitive financier’ because he has been in hiding, widely thought to be either in Hong Kong or in China. Interpol is involved in the search. In a case of the apple does not fall far from the tree, his father, Low Hock Peng, has also been charged. Both men are alleged to be central players in the 1MDB scandal, transferring millions of Malaysian ringgit into their own accounts. You can read about it here. Let’s hope that he is found so the justice process can be set in motion further.

It was hoped that the new Malaysia would recognise LGBT rights as being part of a promised new human rights agenda. There are worrying signs that a battle of ideologies is being played out on the field of LGBT rights with right wingers using religion and morality as a reason to push back against demands for recognition by LGBT folk. This battle isn’t peculiar to Malaysia but has a particular poignancy because gay and trans citizens had hoped for official acknowledgement of their very existence as a basis for a new social contract between citizen and government. You can read about it here.

Who would have thought it? America, long held as the beacon of press freedom and free speech, is headed by a President who uses the term ‘fake news’ with as much frequency as Malaysians use the word ‘food’. The only difference being that Malaysians recognise food when they see it whereas Donald Trump is selective in his pronouncement of what is real news @Fox news channel. You can read about the repeal here.

Mahathir, the Prime Minister, talks about a ‘new colonialism’ while visiting China 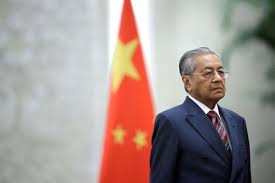 Mahathir was in China this week holding talks on rail and pipeline deals which, Najib, the previous Prime Minister had agreed. The deals total $23 billion. Mahathir is worried about China’s growing presence in the Asian region, both, economically and politically. It is within this context that he has warned against a ‘new version of colonialism’. Mahathir sees the deals agreed by Najib as cover for money transfers to bail out 1MDB. While all roads may lead to Rome, all Malaysian roads seem to lead to 1MDB. Mahathir has concerns about the balance of power which China wields through free trade agreements warning that, “we do not want a situation where there is a new version of colonialism happening because poor countries are unable to compete with rich countries…”. You can read about it here.

Till next week’s round up.