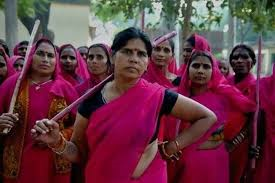 When I was growing up in Asia feminism was seen as a far away concept associated with White women in the Western world who burned their bras. The secondary role of women in Asian society was accepted as a binding social norm. An Asian woman’s worth was measured in her servility, submissiveness and humility.

Any female self-expression was only socially sanctioned if it was expressed through cookery or clothing. A well dressed Asian woman who cooked delicious curries for armies of relatives and friends was the epitome of womanhood.

It was a pretty unforgiving way of living. Women were forced to put up with domestic abuse. I had female relatives who endured years of abuse because the status accorded to a married woman was non-transferable to a single woman.

A lot of this still goes on in the Asian world but, contrary to the yesteryear societal acceptance of it all, a fightback is in rapid progress. Asian feminism is the  resistance movement to the patriarchal treatment of Asian women.

White feminism and Black feminism receive a lot of publicity but Asian feminism is a little known concept in the Western world. Feminism has enough elasticity to accommodate diversity. Chinese feminism is rapidly gaining momentum too.

In the Western world Bollywood is the cultural epitome of Asian representation. Not all of us can sing and dance. Nor do we dress up in an endless array of expensive and colourful clothing while bursting into song and dance at the drop of the hat. The worst part about Bollywood romance is the endless harassment of women in the guise of ‘eve teasing’.

Asian feminism is a fightback to the way the patriarchy requires us all to live a singular life with a predetermined trajectory of education, marriage and children with submissiveness being the thread that is woven through every tapestry of our lives.

We do not live the Asian equivalent of ‘Stepford Wives’. We are active in Asian liberation struggles in our own ways. As a result, I am going to explore Asian feminism in my blog and to show case those Asian women who are doing great things.

I write for an India based website called ‘Feminism In India’ which constantly pushes boundaries and breaks down barriers that obstruct our lives. The articles challenge the caste and class system through forensic feminist analysis. 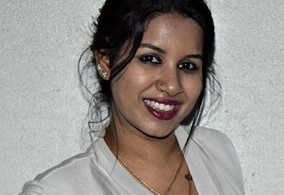 ‘Women’s Republic’ is run by Sai Sailaja Seshadri, a 20 year old Asian student who is studying Political Science at Arizona State University. She is the founder of ‘Women’s Republic’, an online magazine that serves as a platform to discuss women’s rights and empowerment. Sai’s main goal is to be able to give women of all backgrounds a voice through ‘Women’s Republic’. 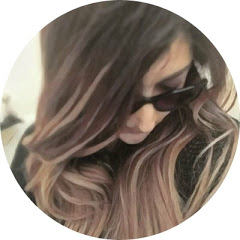 There is a movement on Twitter with the hashtag #SouthAsianWriters to raise awareness of South Asian literary works. It was started by Nadia Hadid on https://twitter.com/cocoapatootie. Nadia blogs at ‘My life as an imposter’ about Asian intersectional issues.

Here is a badass article about more Indian women who have made a difference.

Being an Asian women is a politicized experience. As examples, I am often asked for my views on the Rotherham case and whether having Asian British politicians in office makes me happy. These are my answers – the men who were guilty of child abuse in Rotherham and Rochdale are evil men who deserve to be put away for life. Right wing Asian politicians whether men or women do not represent my values.

My Asian feminism is therefore an integral part of my existence.