I have founded a group called ‘Mothers for a Progressive Alliance’ with the backing of Compass. The group was launched on November 18th. Kirsten Bayes, a speaker and activist with the Campaign Against the Arms Trade, spoke about the impact of war and bombs on women and children. Here is the brilliant talk which Kirsten gave. 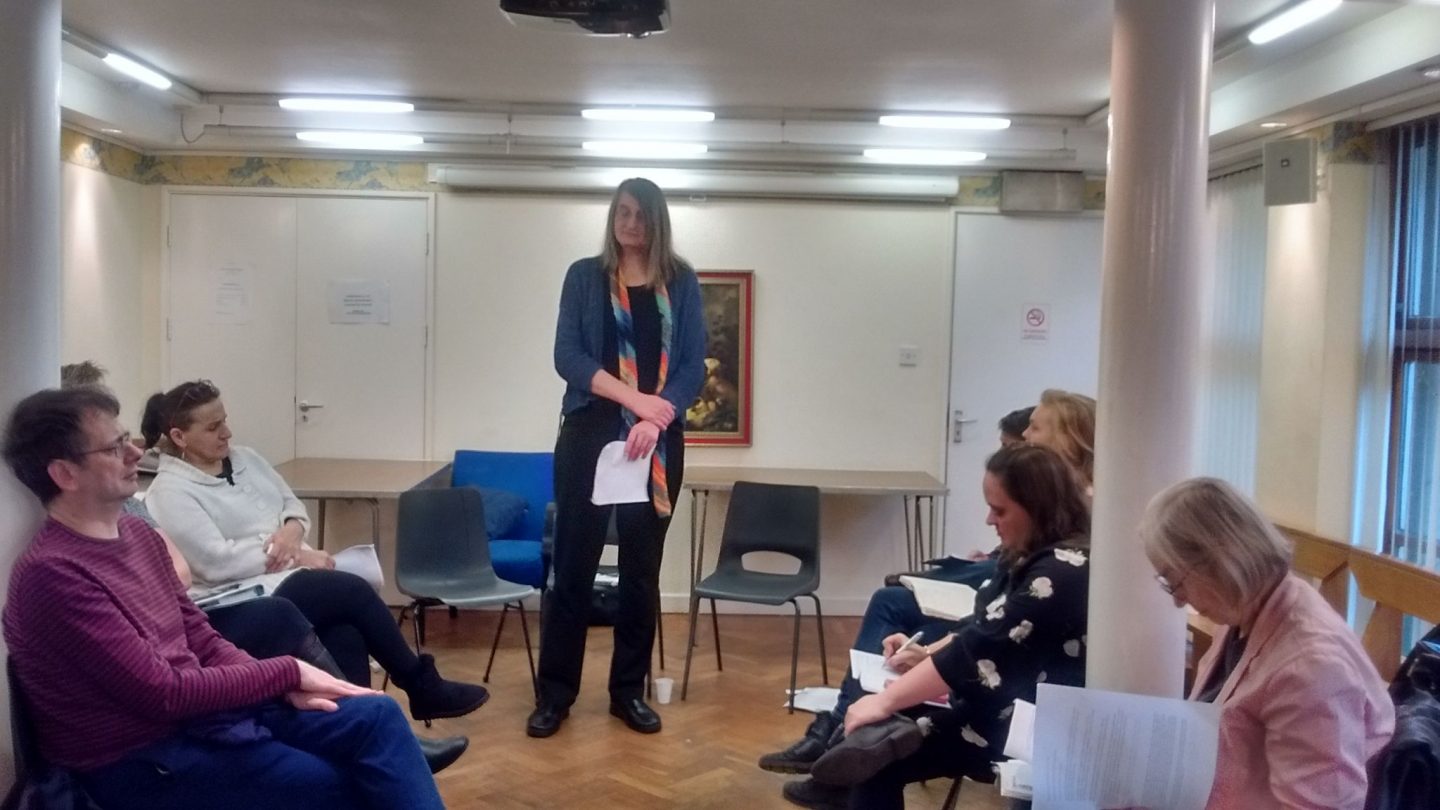 I’d like to share a couple of stories: that of Bibi Mamana, killed by a drone missile strike in Pakistan in 2012; and of Jamila Ali Abdu, a little girl who died this year of hunger and disease in Yemen aged just seven.

According to the Bureau of Investigative Journalism, Bibi Mamana was “in her 60s, a grandmother, the wife of the retired headmaster in Miranshah, in Pakistan, and a midwife who ‘delivered hundreds of babies‘ in her community.

Mamana and several of her grandchildren were outside the family home. She was picking okra, gathering wood for Eid al Adha and tending to livestock when she was hit.

It is not clear how many missiles were fired. But Mamana’s eight-year-old granddaughter Nabeela was 20m away from where they hit. She told The Times: ‘I saw the first two missiles coming through the air… They were following each other with fire at the back. When they hit the ground, there was a loud noise. After that I don’t remember anything.’ Nabeela was injured by flying shrapnel.

The other person I want to talk about is Jamila Ali Abdu, who was seven years old when she died earlier this year in Yemen. Yemen is currently in the middle of a war, between rebels in the south and government forces in the north backed by a a coalition led by Saudi Arabia. For two years, according to Reuters, she had been suffering from the effects of worms and a bacterial infection, made worse by malnutrition. These conditions are treatable, but in a country currently being torn apart by war, there was no way her family to get her to medical care in the capital Sanaa. Even if they could reach the city, they would have found that many of the hospitals who could treat her were shut down due to direct bombing or lack of medical supplies.

And so the clinic in Hodeidah, near her village, could only try and make her as comfortable as they could while she slipped away. One of many thousands of children who have died in that country.

When you hear these stories it is very easy to feel powerless, that these are things that happened far away – crimes committed by persons unknown, seemingly at random.

But what if I told you that many of the people responsible for these tragedies and others like them were in London two months ago; and that a movement of ordinary people -campaigners, mothers, people of faith, refugees – came together to try and hold them to account for these and many other acts?

The first question we should ask, though is why here: why London?

Let’s talk about the UK’s involvement in the arms trade.

The UK is one of the world’s biggest suppliers of weapons. The international arms trade is secretive and accurate figures are hard to come by. But it is believed to amount to some £90 billion in 2016, of which the UK sold some £6bn, making it the largest supplier of weapons after the United States.

Sales mostly go to developing countries, in particular the Middle East, of which Saudi Arabia in the biggest buyer.  It is a massive transfer of wealth from the world’s poorest to the world’s richest.  The countries being armed are typically those ruled by repressive regimes – like those in Saudi Arabia, Bahrain and the United Arab Emirates.

The impact of these weapons is two-fold. First, the cost of buying and maintaining the weapon falls on the country. Then, the weapon is used: that’s the second cost.

More than 100,000 people die in armed conflict every year. Half are combatants, the other half: non-combatants. Of these, more than half are women and children. Many are in their prime of life, important workers and carers for their families.

Mamana, the midwife in Pakistan, was the most important carer and breadwinner in her family. She was killed by a drone. She was not in a war zone, and the people who fired the weapon were probably sat in Florida or Lincolnshire. But she is unusual in that her death was acknowledged. If you look at the names of those known to be killed by drone strikes in Pakistan, they are almost always men. Yet many of the drone attacks are on family complexes, which women in that society are not permitted to leave.

So, where are the women on the casualty lists? The answer is that they are not recorded either by the attackers, or by those in the line of fire: men are the targets, and the main concern. The presence of women casualties is shameful. And so they die unremarked.

Jamila, the little girl, is an example of another kind of casualty, not part of the 100,000 total. As war disrupts food supplies, sanitation, and medical care collapses then disease and famine break out. In Yemen, we are seeing the world’s biggest cholera outbreak and one of world’s biggest ever famines. Its cause is the bombing and blockading by Saudi Arabia and its allies. And as we have already heard, many of the bombs and the planes used to drop them have been supplied from the U.K.

Not only did the UK not slow arms supplies to Saudi Arabia once the war in Yemen started, it increased them: up by 170 percent over the last three years. It did this despite evidence of war crimes being presented by NGOs, and despite concerns from the European Union and United Nations.

They remembered and were in solidarity with all those killed by these terrible weapons, and they did it in front of the blocked vehicles trying to sell more.

The result was massive disruption to the arms fair, displays not ready, press and events and VIP visits postponed, questions in the Houses of Parliament, support from the Mayor of London, and a news cycle where the campaign could be found in every national publication.

But the real message is this.

We as ordinary people can stand up for women like Bibi Mamana and girls like Jamila Ali Abdu. The powerful governments and companies who profit from their deaths can be held accountable by groups of people, like us. Let’s organise, work together and create a world we can all live in.