EU citizens living under squeezed financial circumstances
could be forgiven for wondering whether Commission President Juncker was having
a joke at their expense when he spoke recently about how Europe’s
economy is finally bouncing back. After a tumultuous decade triggered by
the global financial crisis in 2007, the Eurozone’s growth figures are being
compared favourably to America’s, with production up 3.2% against last
year. 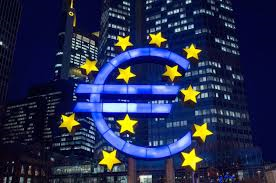 However, evidence points to a wide chasm between people’s
lived experiences and Juncker’s message of triumph. It is doubtful that the
citizens of Spain and Greece, for example, would agree with his assessment.

According to the Commission, 30% of Spaniards are at risk
of social exclusion due to poverty and income inequality. The proportion of
children in Spain living below the poverty line increased by 9% between 2008
and 2014, to almost 40%, and Spain is in 7th place on the list of
countries where inequality has risen the most since 2010. Greece, meanwhile, is
at top of this ranking.

Now, ‘growth’ may be used to express the success of a
country’s economic performance. But how impressive is it really, when the Troika’s austerity
driven politics is causing so much human suffering in countries like Greece and
Spain?

According to the OECD, countries have continued the trend
towards implementing
tax policy reforms to boost growth. French President Macron is proposing to
cut corporation tax from 33.3% to 25% by 2022.

Yet the use of tax levers, primarily cuts to corporation
tax, as a means to draw inward investment has been disputed
by top economists.

“The way you get a productive economy is changing the
fundamentals, says John Van Reenen of the LSE. “You get your people to be more
skilled, or you have your infrastructure working efficiently. You’re never
really going to get there just by reducing corporate tax.”

So what’s the alternative? It is possible to pursue a
successful strategy without crucifying ordinary people in the process, and
Portugal is leading the way. The country adopted left wing alternatives to austerity
policies in 2015 and is now reporting an
impressive recovery. It is a model from which governments can learn.

I wrote this article originally for DiEM25 which is a grass roots organisation co-founded by Yanis Varoufakis, former finance minister of Greece, campaigning for reform of the EU. Membership details can be found here.https://internal.diem25.org/en/users/sign_up